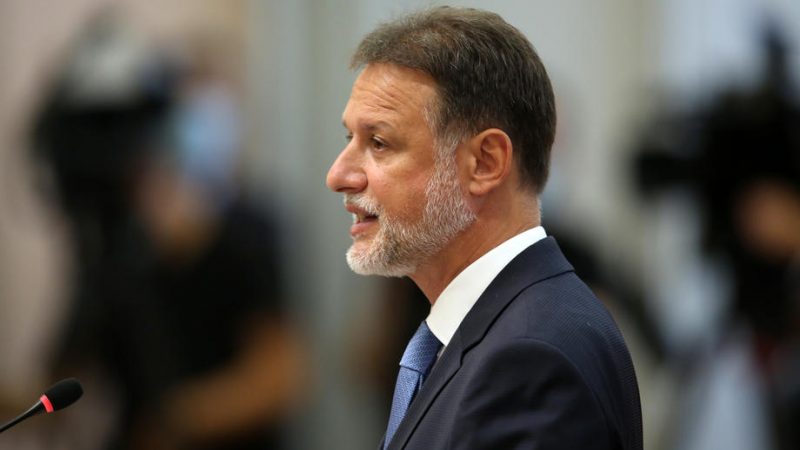 Parliament Speaker Gordan Jandroković hosted the “Conference on the Future of Europe – Croatia's Vision” in the Croatian parliament on Tuesday. [EPA-EFE/DANIEL KASAP]

Croatia’s parliamentary speaker Gordan Jandroković hosted the “Conference on the Future of Europe – Croatia’s Vision” in parliament on Tuesday, with the aim of informing and including citizens in a number of projects that have been started in the country.

The presentation showcased Croatian success stories, among them a project by the Sisak-Moslavina County Development Agency (SIMORA), which has launched 49 start-ups in the region.

A new four-year study programme for gaming technicians is also being developed, and means have been secured within the framework of the national recovery and resilience plan for constructing a new gaming industry campus.

Onlookers in parliament were treated to a performance by Pepper, a robot designed by the Faculty of Computing and Electrical Engineering in Zagreb, which accused Jandroković of violating parliamentary procedure.

“If we are not smart enough, robots will be managing us and not the other way around,” Jandroković joked in response. (Tea Trubić Macan | EURACTIV.hr)