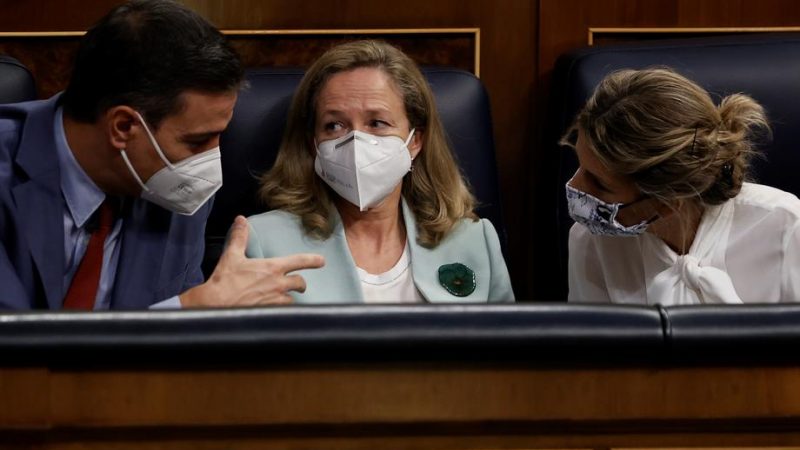 After a trilateral meeting Tuesday morning, the government announced midday that it had agreed to repeal the 2012 labour law “under the terms of the coalition agreement and the Recovery Plan sent to the European Commission”.

Sánchez had summoned Calviño and Díaz, along with other cabinet members, to try to reach a common position on the labour law. This meeting followed several weeks of tension between the two partners in the coalition government: the socialist PSOE and left-wing Unidas Podemos (United We Can), over the scope of the reform, EURACTIV’s partner EFE reported.

Official sources told EFE that the Tuesday meeting was held in a “positive atmosphere and a constructive attitude”, leaving behind a political clash between Calviño and Díaz.

The Government noted that the Spanish labour market suffers from several structural “anomalies”, which needed to be corrected, among them the high number of precarious jobs, large number of temporary positions and soaring youth joblessness.

To that end, the Government expressed on Tuesday its commitment to changing the current legislation and correcting these “imbalances”.

“It is essential to have balanced tools in collective bargaining and, at the same time, to establish clear conditions for subcontracting”, the Government stressed.

Mariano Rajoy’s government approved the Labour Market Reform in February 2012. It focused on the collective bargaining system and had a strong impact on dismissal costs and procedures.

The employers’ group CEOE supported the reform but has since called for more flexibility.