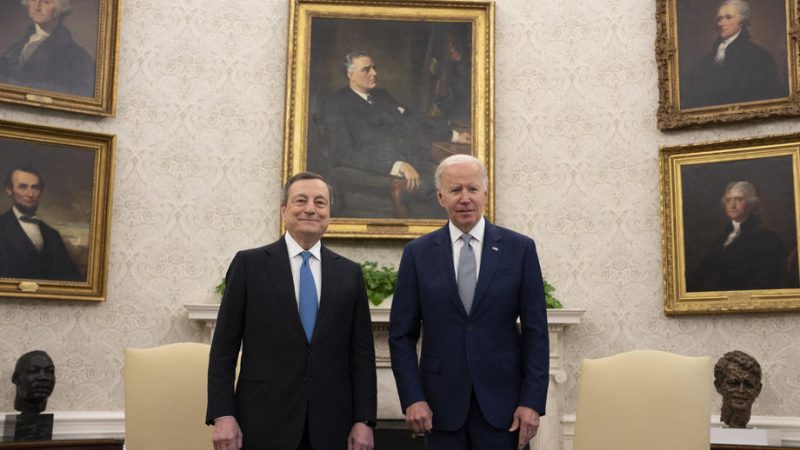 The priority of Italy and Europe is to put an end to the massacres and achieve peace in Ukraine, Prime Minister Mario Draghi told President Joe Biden at the White House on Tuesday as part of his three-day trip, the first since the start of his mandate.

The war in Ukraine “made ties [between Italy and the US] stronger, and if Putin thought he could divide us, he failed,” Draghi said.

“We stand together condemning the invasion of Ukraine,” he added, referring to “massacres” and “butchering” committed by Russian forces.

Draghi and Biden are also expected to discuss energy issues, the newspaper Corriere della Sera said on Tuesday. Washington is counting on Draghi to ensure EU member states are not divided regarding gas, oil and military aid.

Italy, for its part, has already signed energy agreements with African countries like Algeria to replace Russian oil. Italy is also eyeing US companies to cover its medium and long-term supply of liquefied natural gas.

For his US trip, Draghi was joined by Claudio Descalzi, the head of Italian energy giant ENI.