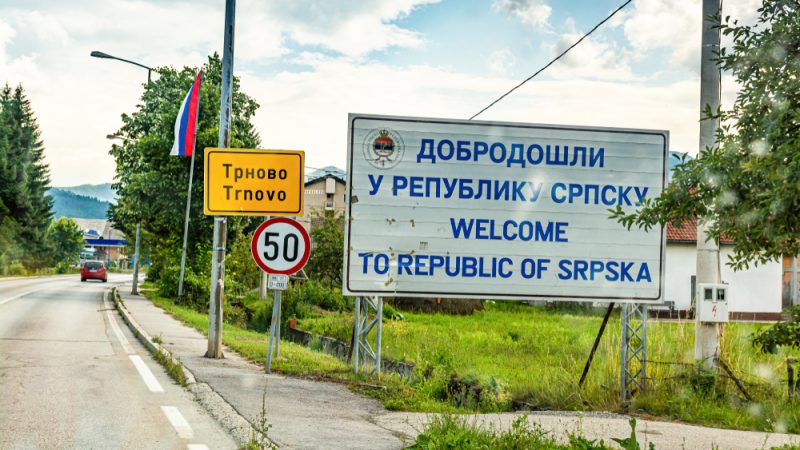 Russia did not support the statement, saying it is “tendentious to accuse only one side”. [Shutterstock/marketa1982]

The Peace Implementation Council Steering Board (PIC SB), made up of the most influential Western countries, Turkey and Russia, condemned on Monday “in the strongest possible terms” calls for a “peaceful dissolution” of Bosnia and Herzegovina, underscoring that the authorities of the Republika Srpska entity were responsible for the tensions.

“The Peace Implementation Council Steering Board (PIC SB) condemns in the strongest possible terms the current political discourse centred around the so-called ‘peaceful dissolution’ of BiH, not least the concrete steps by Republika Srpska (Serb entity, RS) representatives and state-level officeholders towards dissolution negotiations, including establishing negotiating teams and advocating for the breakup of the country via an online advertising campaign,” the statement read.

Russia did not support the statement, saying it is “tendentious to accuse only one side”. The statement was issued ahead of a session of the RS parliament, where Milorad Dodik, the Serb member of Bosnia’s three-man presidency, and his associates will call for the formation of a special team of that entity which would open negotiation on the future of the state with parties from the Federation of BiH entity.

“The PIC SB reaffirms its unequivocal commitment to the territorial integrity and fundamental structure of BiH as a single, sovereign state comprising two entities, in which all three constituent peoples, Others and all citizens are equal, and underlines that the entities have no right to secede from BiH and exist legally only by virtue of the BiH Constitution,” the statement read. (Željko Trkanjec | EURACTIV.hr)