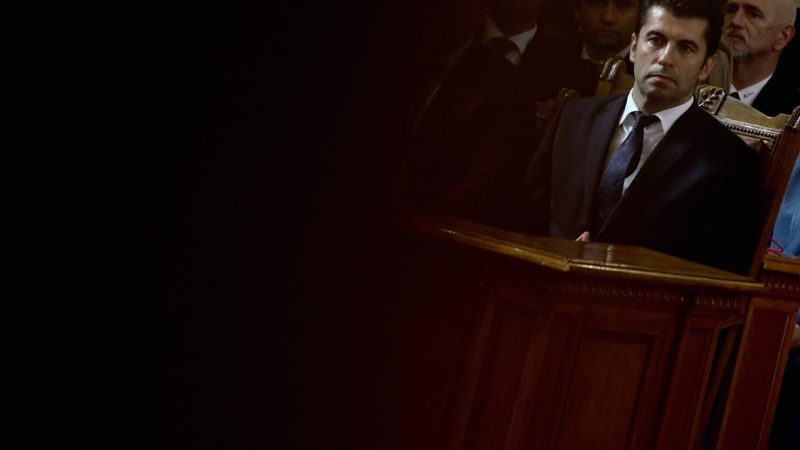 Before the elections, the Bulgarian parliament blocked the decision-making process on the proposal of the French presidency of the Council of the EU to lift the veto on the EU integration of Northern Macedonia. [EPA-EFE/VASSIL DONEV]

A no-confidence vote led to the Bulgarian parliament overthrowing the government of Kiril Petkov, which was elected only six months ago, and Bulgarians will likely vote again in general elections in the autumn, the fourth such vote in just over a year.

Before the elections, the Bulgarian parliament blocked the decision-making process on the proposal of the French presidency of the Council of the EU to lift the veto on the EU integration of Northern Macedonia.

A total of 123 deputies from the right-wing GERB, the liberal MRF, populists from ‘There is such a people’ and pro-Russian nationalists from ‘Vazrazhdane’ voted for the fall of the cabinet. One MRF MP voted in favour of the government by mistake, but that was not decisive.

The political event is historic because it is the first Bulgarian government in recent history to fall after a no-confidence vote.

Against the overthrow of the government were pro-European ‘Change continues,’ ‘Democratic Bulgaria,’ the Bulgarian socialist party and breakaways from ‘There is such a people.’

“I was honoured to be the prime minister of this government, which was overthrown by Peevski, Borisov, Trifonov and Mitrofanova (the Russian ambassador),” said Kiril Petkov. He addressed the US-sanctioned “Magnitsky” MP from the MRF Delyan Peevski, the leader of GERB Boyko Borisov, the leader of ‘There is such a people’ Slavi Trifonov, and Vazrazhdane.

Petkov said that his government’s work was a step towards the transformation of Bulgaria into a normal European country. Petkov’s government will stay in place until a new government or caretaker cabinet is elected when parliament dissolves.

The first mandate to form a new government goes again to ‘Change continues,’ which has the largest parliamentary group. While President Rumen Radev hands over the mandate, Petkov will have time to find at least six more deputies to nominate a new cabinet. So far, his attempts have failed.