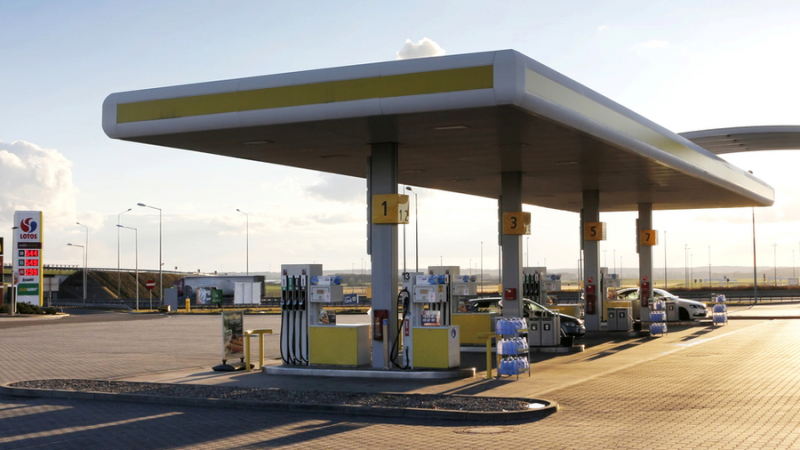 Gas and diesel in Poland are approximately 25 to 35 eurocents per litre cheaper as Warsaw decided to lower VAT for these energy commodities in response to rising inflation. [Shutterstock / siekierski.photo]

After earlier trips to Hungary, Slovaks have been heading to Polish gas stations since February, refuelling several hundred thousand litres of fuel in canisters because of cheaper gas. In response, Poland decided to set up controls on borders.

Gas and diesel in Poland are approximately 25 to 35 euro cents cheaper per litre as Warsaw decided to lower VAT for these energy commodities in response to rising inflation. With a 50-litre fuel tank, Slovaks can save €10 to €18 if they cross borders for gas. Warsaw also decided to scrap VAT for groceries in the package of measures aimed to tackle high inflation.

This means that a trip to Poland is worth it also for Slovaks living further from the border. Typical destinations for Slovaks include cities Zakopane, Nowy Targ, Czarny Dunajec or Jabłonka. Several gas stations reported that they had already run out of fuel and had to close for several hours.

“We know about this practice, and we will conduct inspections,” the Polish Road Transport Inspection announced, quoted by Onet news service.

“Our patrol will check whether large amounts of fuel are transported in cars, apart from fuel tanks at the border with Slovakia in Chyżne. It would be dangerous”, the agency added in a statement.

Under the law, a car that crosses the border can contain no more than four 60-litres canisters of fuel outside the petrol tank, provided canisters meet EU standards.

Meanwhile, petrol tourism from Slovakia to Hungary has started after PM Viktor Orbán’s government fixed the price of 95 octane petrol at HUF480 (€1.34) per litre in mid-November.

However, smaller petrol stations are now likely to bear the brunt of the fallout from Budapest’s price freeze.

According to Ottó Grád, secretary-general of the Hungarian Petroleum Association, the extension of the petrol price freeze beyond 15 February, when the executive is set to review the policy, could ruin smaller fuel retailers, ATV News reported.

A growing number of Czechs and Germans are also fuelling in neighbouring countries.

As reported by Die Welt, the German association of petrol stations (Verband des Garagen- und Tankstellengewerbes Nord-Ost) warned that German petrol stations near the border may go bankrupt due to the wave of “fuel tourism” to Poland. “Those stations have real problems,” he stressed.