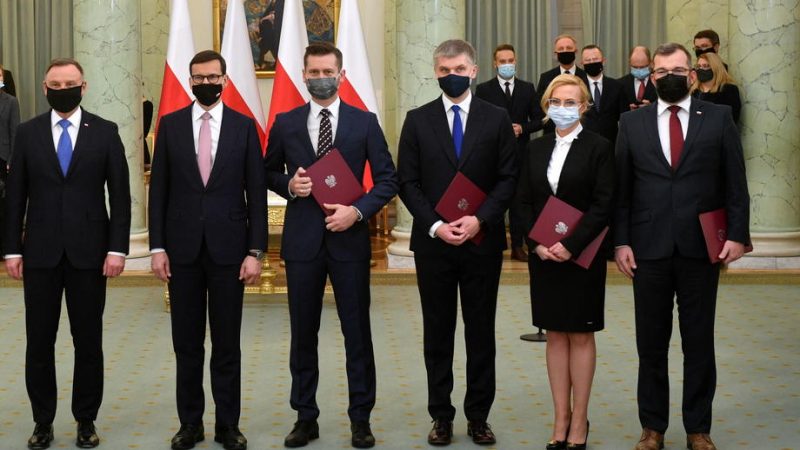 Henryk Kowalczyk is now vice-prime minister and minister responsible for agriculture. He is the former climate minister and his task is now to “improve the image of the ministry and its relations with the farmers’ organisations”, said professor Małgorzata Molęda-Zdziech of the Warsaw School of Economics. She added that “40% of Polish society lives in the countryside”.

The new minister comes with baggage: he had a conflict with the PiS leader a year ago over animal welfare. PiS chief, Jarosław Kaczyński, wanted to improve the conditions in which animals are kept. Kowalczyk objected and was briefly suspended as a PiS MP.

Kowalczyk replaced Grzegorz Puda, who faced farmer protests over the ASF virus. Puda is now minister for regional policy and development funds, a portfolio previously held by the prime minister.

Anna Moskwa becomes the new climate minister. She is one of two women in the Morawiecki government.

“An economist with experience in renewable energy sectors is a political newbie, which might be difficult facing the energy challenges. Good luck to the minister! However, she may be ‘gone with the wind’ soon”, Professor Molęda-Zdziech said.

The reshuffle results from the recent departure of Jarosław Gowin from the Morawiecki government during the summer crisis. Morawiecki’s government was short two MPs of a majority.