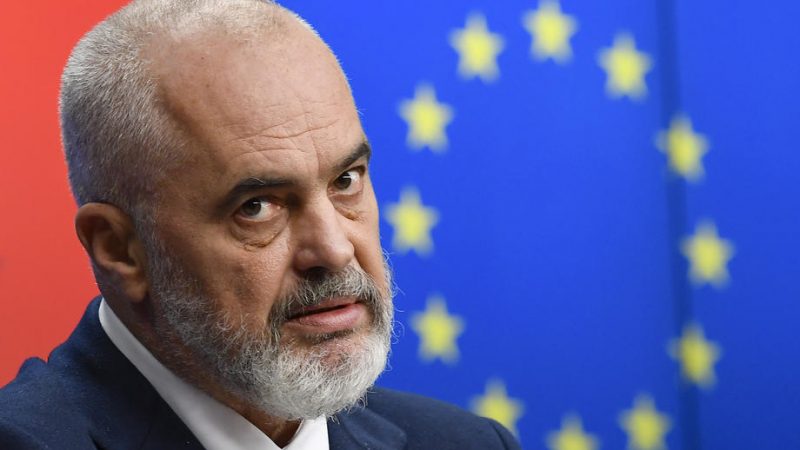 A few days before the start of the electoral campaign, Rama blasted Mariya Gabriel, Commissioner for Innovation, Research, Culture, Education and Youth, for “sticking [her] nose” into Albania’s elections, during an Education Roundtable video-conference on 18 March. [EPA-EFE/JOHN THYS]

Albanian Prime Minister Edi Rama has accused the European Commission of interfering in Albania’s elections to the benefit of the opposition and against his party, the Socialist Party of Albania, exit.al has reported.

A few days before the start of the electoral campaign, Rama blasted Mariya Gabriel, the Commissioner for Innovation, Research, Culture, Education and Youth, for “sticking [her] nose” into Albania’s elections, during an education roundtable video-conference on18 March.

European Commission spokesperson for the department, Sonya Gospodinova, told Euronews that it was a regional event on education that had no relation to Albania’s electoral campaign.

“The Commissioner’s participation was limited to delivering a keynote speech. The speech, which is published on the Commission’s website, focused on recent and forthcoming European initiatives in the field of education and research that are relevant to the whole Western Balkans region, including Albania,” Gospodinova stated.

Rama’s nervousness could be a result of the latest polls suggesting that the opposing Democratic Party, along with its partners, will get a majority of seats in parliament.

Adding to the tension, US Ambassador Yuri Kim has recently slammed political leaders in Albania who have not publicly voiced concerns about MP Tom Doshi’s running in the elections. Doshi was barred from entering the US by the State Department in 2018 due to “involvement in significant corruption”.  (Željko Trkanjec | EURACTIV.hr)