PM: Albania far from war, Serbia has united Western Balkans with the west 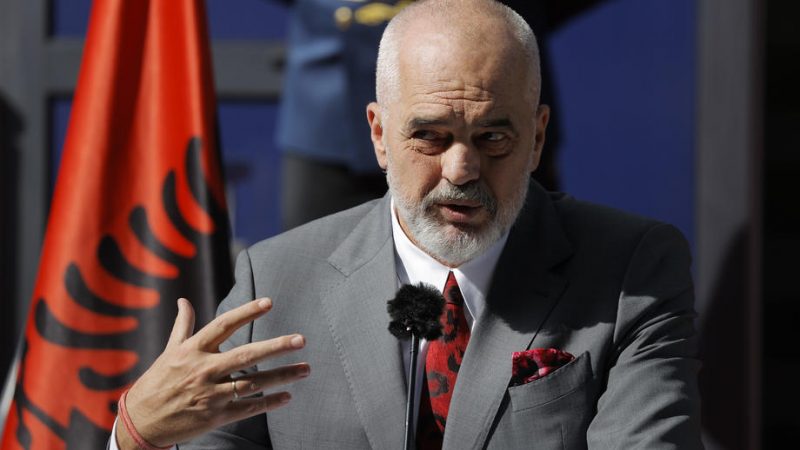 Prime Minister Edi Rama has called for calm over the situation in Ukraine, reassuring Albanians that we are far from war or conflict.

Since Russia’s invasion of Ukraine, the Balkans have been somewhat nervous over fears the conflict could spread to the region, in particular considering Serbia’s allyship with Moscow.

Rama said that it was likely the country will see a reduction in products on shelves, including wheat products.

“In fact, some essential goods related to the Russian and Ukrainian wheat markets, for example, are no longer available as they were,” he said.

On Tuesday, the last Russian grain delivery arrived in Albania. The country currently gets almost 50% of its wheat from Russia and Ukraine, something that is no longer possible. There is about two months of grain left in wholesaler reservers and zero in government reserves.

As for war in Albania, Rama said “we are very far from this kind of imagination. I hope and believe so much more that we are in the place of the military alliance which works on the principle that if one is touched, everyone is affected.”

He hinted there was no need to ready the shelters made by communist dictator Enver Hoxha.

Meanwhile, Rama singled out Serbia to commend it for “unifying the Western Balkans with the West” after Serbia voted in favour of a UN resolution deploring the Russian aggression against Ukraine.

“Serbia’s vote against Russia unifies the Western Balkans with the West,” Rama tweeted from Tirana, shortly after a press conference in Belgrade by Serbian President Aleksandar Vucic.

Rama’s praise of Serbia for allegedly aligning the Western Balkans with the West comes amidst increasing pressure for the latter to align itself with EU sanctions and stance against Russia.

The Albanian leader’s claim contradicts Serbia’s stance and statements by the government which has tried to downplay the vote and have stressed that they will not join the EU and US sanctions against Russia.

As Vučić carefully clarified during a press conference, the resolution voted by 141 out of 193 UN member states does not change Serbia’s previous stance on the matter.

“Serbia kept its position from the previous days. Out of a total of 13 articles, we voted for four, and we could not vote for nine because they concerned the introduction of sanctions or the banking sector or air transport or individuals directly, from Putin, Lavrov, Peskov to everyone else,” Vučić stated.