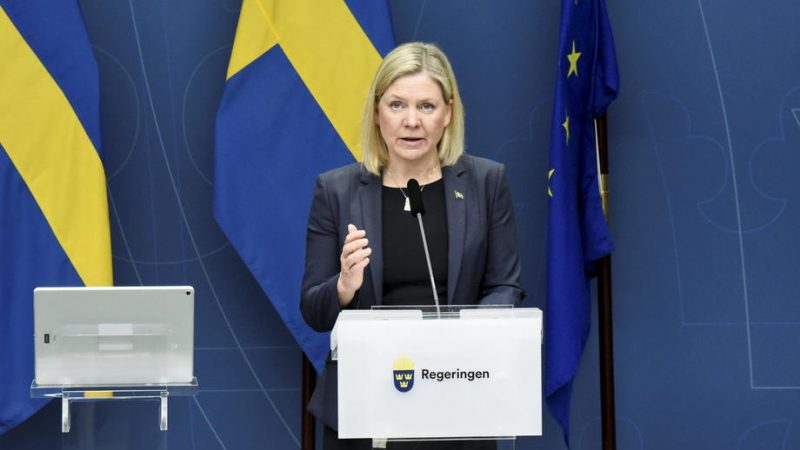 After a meeting on the country’s security policy with the other political parties, Andersson stated that the dialogue on the security situation with the other parties would continue in various forums. [EPA-EFE/MARKO SAAVALA]

Social Democrat Prime Minister Magdalena Andersson has declined to convene a Defence Committee – a forum for consultation between the government and parliamentary party representatives on security and defence policy – over Ukraine despite calls from several opposition parties. She called the ongoing talks a “side issue”.

After a meeting on the country’s security policy with the other political parties, Andersson stated that the dialogue with other parties would continue in various forums, including the Riksdag’s Foreign Affairs Committee. She made no announcement about the Defence Committee, the convening of which would be perceived as a strong political statement.

The Moderate leader thinks it is time to review whether Sweden is sufficiently equipped to meet a rapidly escalating situation. Kristersson believes that it cannot be ruled out that defence forces will need more funding.

The leader of the Christian Democrats, Ebba Busch, believes that a new security policy analysis from the Defence Committee could form the basis for an update of the Riksdag’s defence decisions from 2020, which deal with how Sweden’s defence should be designed in 2021-2025.

Andersson told a press conference that all Riksdag parties will be invited to comment on an updated strategy.