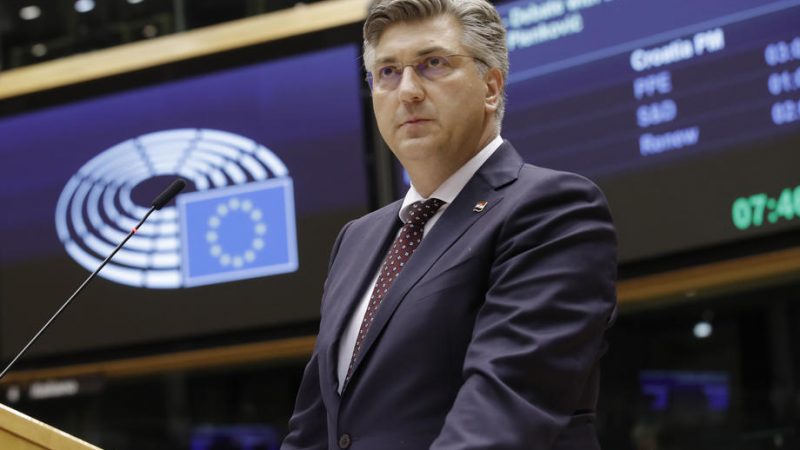 The Council of the EU will next week send a formal proposal about Croatia’s accession to the Schengen area in 2023 to the European Parliament, Croatian Prime Minister Andrej Plenković told the EU assembly in Brussels on Wednesday, saying the decision should be endorsed because Zagreb was fully ready.

“Plus, we are a country that never made a political decision to elevate walls or fences, or barbed wires, not with Serbia, not with Bosnia-Herzegovina, not with Montenegro. These are friends, neighbours, with whom we should not have physical barriers.”

If confirmed, the Schengen accession will happen in parallel with Croatia adopting the euro on 1 January 2023, marking the newest EU member’s graduation into mainstream Europe 30 years after the bloody collapse of Yugoslavia.

“Every single complaint is checked and verified,” Plenković said, hinting at earlier media reports of violent pushbacks and physical abuse of refugees and migrants at the hands of the police.