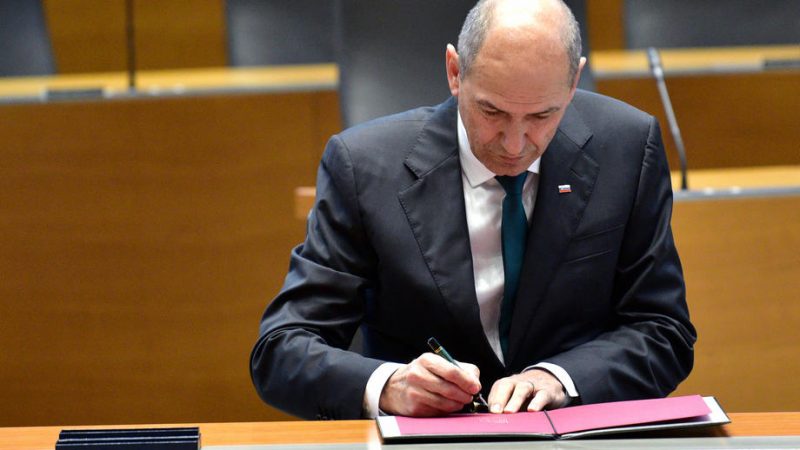 Janša said changing this law “is probably not that urgent at the moment”. [EPA-EFE/IGOR KUPLJENIK]

MPs of the ruling coalition of the SDS, NSi and SMC parties failed to dismiss parliament speaker Igor Zorčič, himself an SMC member, as their proposal to oust him only received 45 votes, falling short of the 46-majority needed to dismiss him.

The vote in the National Assembly (DZ) was obstructed by opposition parties LMŠ, SD, Levica, SAB and the group of non-attached MPs.

“I am glad that reason has prevailed,” said Zorčič.

Slovenian MEP and president of the Social Democrats, Tanja Fajon, claimed a victory for the opposition on Twitter and called for snap elections.

“The government no longer has a majority in the DZ. Early elections are the only way out of the political deadlock. I put the proposal on the table a long time ago, today we have confirmation that this is the right way forward for a new, solid and stable government,” she wrote.

For his part, Prime Minister Janez Janša said he would strongly oppose snap elections, citing the pandemic and Slovenia taking over the EU Council Presidency on 1 July as reasons. However, it appears the PM can only now count on secure votes from 38 MPs or, if he is lucky, a total of 45 if he is backed by the SNS and remnants of DeSUS.

However, SDS MP Danijel Krivec had words of caution following the vote, saying this unsuccessful attempt “does not mean that we will not try again.”