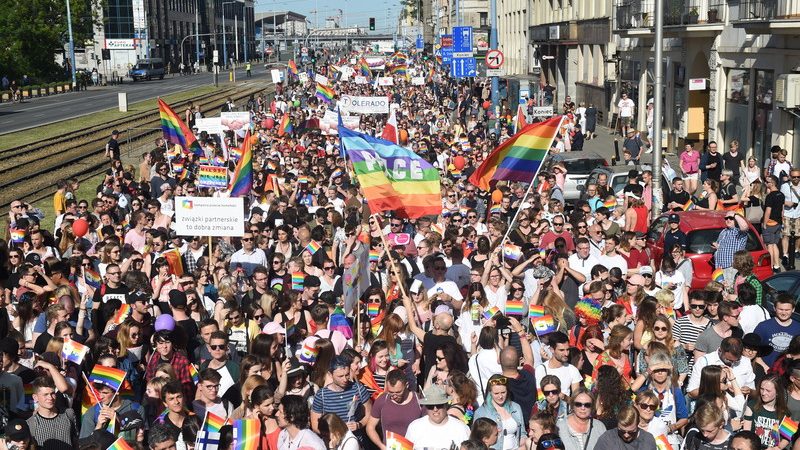 Polish parliament is considering a new law called “Stop LGBT”, pushed forward by the Foundation for Life and Family.  This latest proposal comes after four regions in Poland recently backtracked on plans for anti-LGBT zones because the European Commission threatened to withdraw EU funds.

According to the Atlas of Hate, there are over 100 local governments that have adopted anti-LGBT declarations.

If the new law enters into force, gay pride will be illegal, as one of the objectives is to stop “homosexual propaganda in public space”.

It is the second attempt to register the proposal. Last time the parliament did not consider the proposal due to procedural errors. This time it was done according to the requirements, and approximately 140,000 signatures have been collected.

Among the ideas in the proposed law are to make it illegal “to promote sexual orientations other than heterosexuality”, “to challenge marriage as a union between a man and a woman” and “to promote sexual activity among children and adolescents under the age of 18”.

According to the authors, “to promote” includes “all forms of dissemination, agitation, lobbying, statements, expectations, demands, recommendations”.

Kaja Godek is a leading campaigner for “Stop LGBT”. One of the main arguments used on the campaign website is this: “More and more people are fed up with the LGBT aggression and want to stop it”. Earlier this year Godek won a court case against gay activists who accused her of using offensive language.

According to the court, when Godek described homosexuals as “perverts” she did not address the plaintiffs directly. On Polsat News, Godek was asked, “do you agree that if someone is homosexual, they are perverts?”. She responded, “yes, they are perverted, yes, yes”.

The parliament will address the “Stop LGBT” proposal on 28 October 2021.

A similar law exists in Russia as of 2013 and is known as “gay propaganda law”. Hungary is due to hold a referendum in early 2022 on a similar proposal.