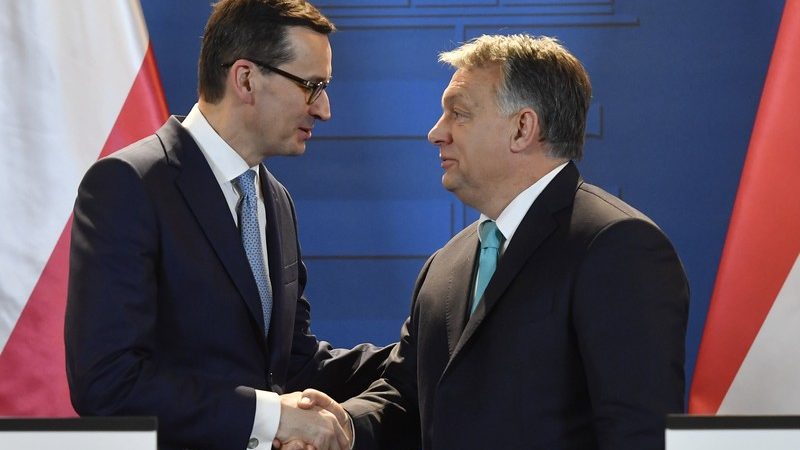 In a letter to EU leaders, Polish Prime Minister Mateusz Morawiecki threatened to veto the EU budget if the payment of funds is made conditional on members adhering to the rule of law.

With this expected step, he echoed previous threats by Hungarian Prime Minister Viktor Orbán, who had stated in a letter of his own, that “Hungary is committed to cooperation, in the light of developments, it cannot provide the unanimity required for the package adopted in July.”

Both Warsaw and Budapest do oppose the mechanism, but Morawieck’s comments were less critical and literal than those by his Hungarian counterpart’s.

The rule-of-law mechanism was “based on arbitrary, politically motivated criteria” and accepting it “could lead to a legitimisation of the use of double standards” regarding the treatment of different EU members, Morawiecki said on Facebook.

He added that the “proposed solutions are incompatible with the European Council’s conclusions from July”, when EU leaders held a marathon summit where they agreed the bloc’s unprecedented virus bail-out package of grants and loans.

“That is why Poland cannot accept this version of the mechanism, which would lead to the primacy of political and arbitrary criteria over a substantive assessment,” Morawiecki said.

Morawiecki said last week that Poland would exercise its “right to protest” if no “agreement on the link between the rule of law and the EU budget” is reached.

As Polish authorities, in this case, have been hiding behind Hungary from the beginning of the discussion, Morawiecki’s comments were seen as less literal than Orban’s.

According to an EU source, the letter was “confusing”, also due to factual inaccuracies.