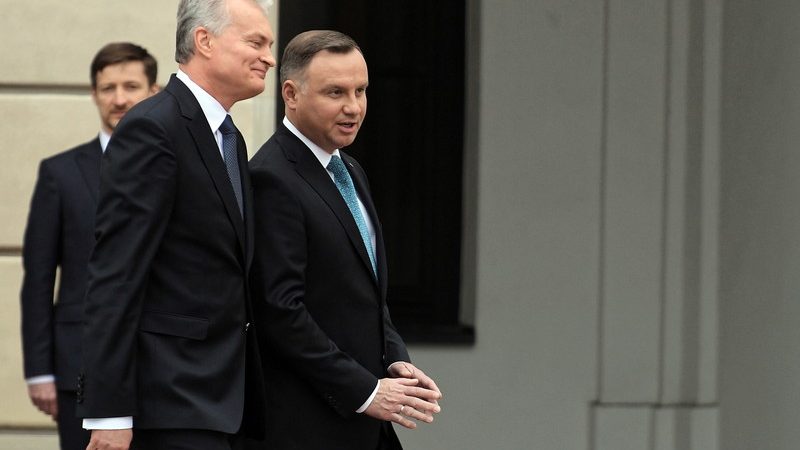 New sanctions against Russia should be imposed as a response to its aggressive approach towards Ukraine, according to Poland’s President Andrzej Duda and his Lithuanian and Ukrainian counterparts Gitanas Nausėda and Volodymyr Zelenskiy.

Polish and Lithuanian leaders confirmed support for Ukraine’s sovereignty and territorial integrity in a common declaration, published on the 30th anniversary of their recognition of Ukraine’s independence.

The three presidents referred to the decision as “an important milestone on the way to a full-fledged reunification of Europe.”

Duda, Nausėda and Zelenskiy, who met at the virtual Lublin Triangle summit, assured each other of their mutual support and solidarity in the face of the migration crisis, orchestrated by Belarus’ President Alexander Lukashenko.

Duda and Nausėda also “called upon the international community to step up sanctions on the Russian Federation over its ongoing aggression against Ukraine” and “urged the Kremlin to deescalate the situation by withdrawing its troops from the Ukrainian borders and temporarily occupied territories.”

While calling for sanctions, Zelenskiy admitted yesterday that resolving the conflict in Donbas would not be possible without “direct talks with the Russian Federation,” adding that “he is not afraid” of direct conversation with his Russian counterpart Vladimir Putin.