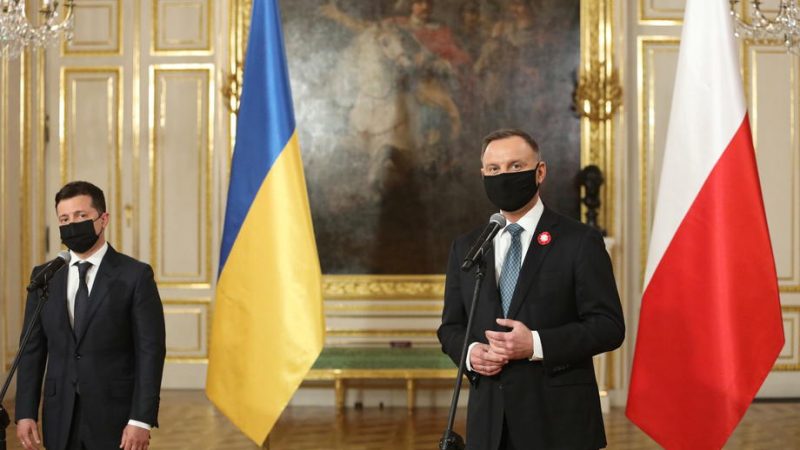 Polish President Andrzej Duda will receive Ukrainian counterpart Volodymyr Zelenskiy for a two-day discussion on the security situation in Ukraine in the face of the risk of a Russian attack.

“Poland supports Ukraine and is clear that there is no agreement for Russian aggressive policy,” said the head of the presidential International Policy Bureau Jakub Kumoch before the talks in Wisła, a town in Silesian Beskids mountain.

According to Paweł Soloch, the head of National Security Bureau, Duda and Zelenskiy are to discuss “the forms of support that Poland and the whole [North Atlantic] Alliance can offer Ukraine”, including the possibility of sending Ukraine defensive equipment.

So far, the UK has begun the delivery of weapons to Ukraine, while Baltic states recently spoke of similar plans.

The two presidents will also touch upon Wednesday’s talks between Zelenskiy and US Secretary of State Antony Blinken. The visit of the US chief diplomat to Ukraine was an important gesture of support for the country, said Soloch.

Referring to the talks in Wisła, he assured that “supporting Ukraine is one of the key priorities of President Andrzej Duda’s policy”.