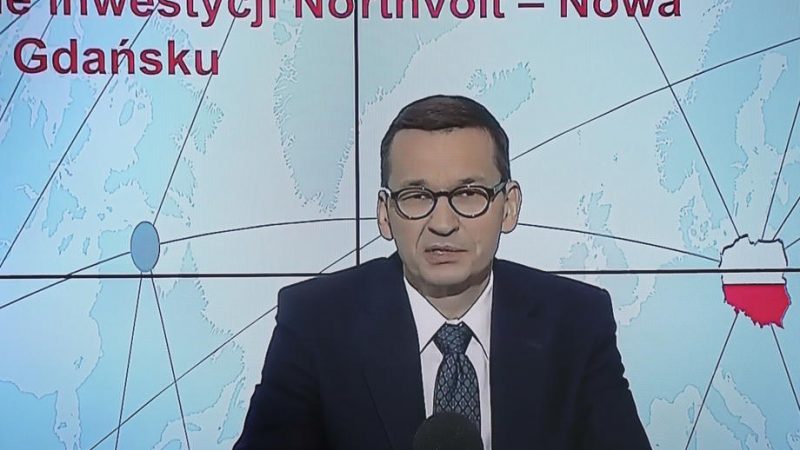 The presentation of preliminary assumptions came after many weeks of expectations and appeals of non-governmental organisations to speed up the procedure. Member states have until the end of April to submit their plan to the Commission. [EPA-EFE/PAWEL SUPERNAK]

Polish Prime Minister Mateusz Morawiecki on Friday presented the country’s National Recovery Plan (KPO), the budget of which will be based on Poland’s share of the EU’s €750 billion post-pandemic recovery fund. With the plan only having a few weeks left before being sent to Brussels, stakeholders have little time to make suggestions on the plan’s content.

The presentation came after many weeks of expectations and appeals of non-governmental organisations to speed up the procedure. Member states have until the end of April to submit their plan to the Commission.

“The work on the KPO has so far been completely non-transparent, we have had no chance to find out what exactly will be included in the document, or to influence its content in any way (…). At the moment, there are only a few weeks left to hold a dialogue and take comments and proposals into account before the plan goes to Brussels. This time must be used for real, reliable consultations that will lead to the inclusion of the voice of environmentalists, social organizations, business and other groups (…),” wrote Izabela Zygmunt, a climate expert from the Polish Green Network, in a statement sent to EURACTIV.pl.

A total of €57 billion is available for Poland under this fund. By the end of 2026, Poland is set to receive €23.9 billion in non-repayable grants and €34.2 billion in potential loans.

Morawiecki presented five pillars on which the investments are to be based, which include increasing economic efficiency, digitalisation, the health sector, support for the transport sector, and the energy transition.

The KPO will also support the Central Communication Port, questioned by opposition politicians and experts. Morawiecki stressed that under the KPO, the government wants to rebuild the finance system, the tax system, invest in the education of children and youth, and invest in a ‘digital Poland’.

As Zygmunt wrote in her commentary, the KPO’s climate and energy ambitions need to be addressed. The KPO draft only looks at the development of renewable energy sources to replace the increasingly expensive and coal-based energy system in a marginal way, according to the climate expert. (Mateusz Kucharczyk | EURACTIV.pl)