Poland to introduce state of emergency along the Belarusian border 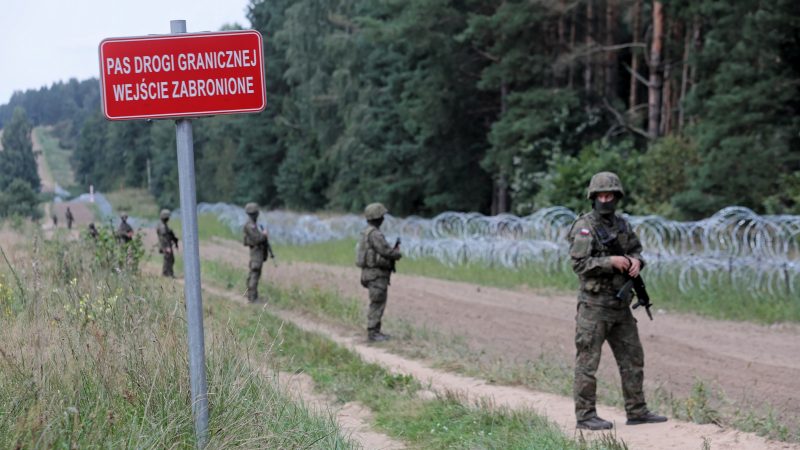 A view of the border strip on the Polish-Belarusian border in Kopczany, north-west Poland, 23 August 2021. [EPA-EFE/ARTUR RESZKO]

Polish Prime Minister Mateusz Morawiecki has announced his intention to declare a state of emergency in 183 towns and villages situated within 3 kilometres from the border with Belarus due to security concerns.

Responding to the announcement, Interior Minister Mariusz Kamiński said that “there will be no demonstrations, no happenings.” In recent weeks, NGOs and politicians protested in support of mainly Afghan asylum seekers camped on the border at Usnarz Dolny and against a barbed wire barrier erected by Polish border guards.

The government decision for a state of emergency comes with an effective ban on the free movement of all people, impacting local governments and especially those places which live off tourism, like Kruszyniany, the central place of the community of the Polish Tatars.

During a press briefing, President Andrzej Duda made it clear he would support the government motion and “soon” introduce the state of emergency.

However, the opposition remains critical of the move.

“We will not know what is going on at the Polish border. We will not know about the inhumane treatment of today’s 30, and in the future maybe hundreds of people,” said Left MP Krzysztof Gawkowski.

This will be the first time a state of emergency is introduced in Poland since 1981 when the Communist dictatorship introduced martial law.