Poland’s extreme far-right has a problem with its leader 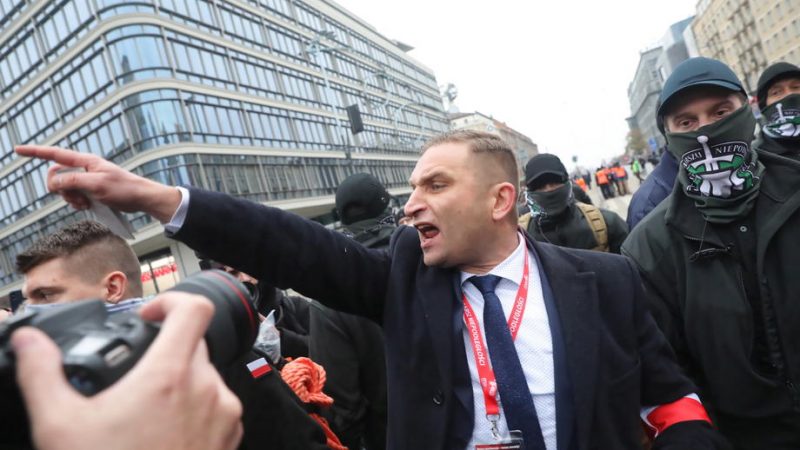 Bąkiewicz rose to prominence in the National Radical Camp (ONR), which since February 2021 can be legally called “fascist”, according to one court ruling. [EPA-EFE / TOMASZ GZELL]

A week after 200,000 people protested againstPolexit, the links between the far-right radical movement of Robert Bąkiewicz, which sought to disrupt the peaceful protests, and the ruling party are being revealed.

Bąkiewicz rose to prominence in the National Radical Camp (ONR), which since February 2021 can be legally called “fascist”, according to one court ruling.

Currently, he leads three other organisations, two of which received large sums of money from the Polish Ministry of Culture’s “patriotic fund”, according to reports from Rzeczpospolita.

A total of 3 million zlotys (about €650,000) were allegedly granted to organisations known for “defending” churches against “radical left-wing organisations” and attacking gay pride events.

Not only did far-right radical organisations receive large sums from the Law and Justice government, it has also has been revealed the grant system has potentially been corrupted. This has occurred through supposed infiltration by individuals affiliated with the right or far-right organisations.

The money was reportedly spent on equipment and an internet TV (it’s YouTube channel has 244,000 subscribers). There is also an upcoming subsidy of 4 million zloty for Bąkiewicz organisations to invest in their new HQ, according to reports.