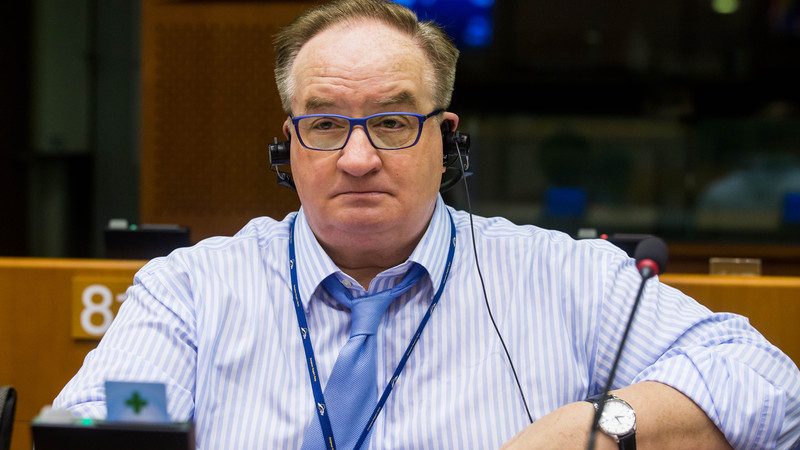 According to Wolski, the current “directorate of the biggest nations” began with German Chancellor Angela Merkel’s Bruges speech in 2010 when she spoke of “the union method”. [EPA-EFE/ STEPHANIE LECOCQ]

The EU is today a derailed project that became oppressive, Jacek Saryusz-Wolski, one of Poland’s longest-serving MEPs and co-creator of the Natolin Campus of the College of Europe who was a leading protagonist for Polish EU membership in the 1990s, told far-right weekly Sieci in an interview.

According to Wolski, the current “directorate of the biggest nations” began with German Chancellor Angela Merkel’s Bruges speech in 2010 when she spoke of “the union method”. Also “the political Commission” of Jean Claude Juncker meant “that the Commission no longer is the guardian of the treaties, will not seek to be a neutral arbiter, will not maintain an equal distance between national capitals, and instead will promote the ideas of those who dominate inside of the Commission”, said Saryusz-Wolski.

“Today, the United States of Europe is constructed openly, and the leadership is provided by the most powerful states. The rest is expected to listen and follow,” the former vice-rector of the College of Europe argued,

“The politicised Commission and other union institutions became appropriated by the European superpowers. This is a fundamental change, which derailed the project. The Union we joined no longer exists” and concluded on this point, “when we think ‘Brussels’ we need to remember that today it often means ‘Berlin’,” he added.

Saryusz-Wolski’s action plan is “to reclaim the EU as it once was, we need to return to the roots and founding fathers like Schuman and De Gasperi”.

Poland should not leave the EU but change it, according to the MEP.

Saryusz-Wolski also argued that today “the legal violence, institutional, political and financial, has become an officially recognised and practised method of work in the Union. Today’s EU went from a community of peace and cooperation to the Union quarrelsome and punishing.”