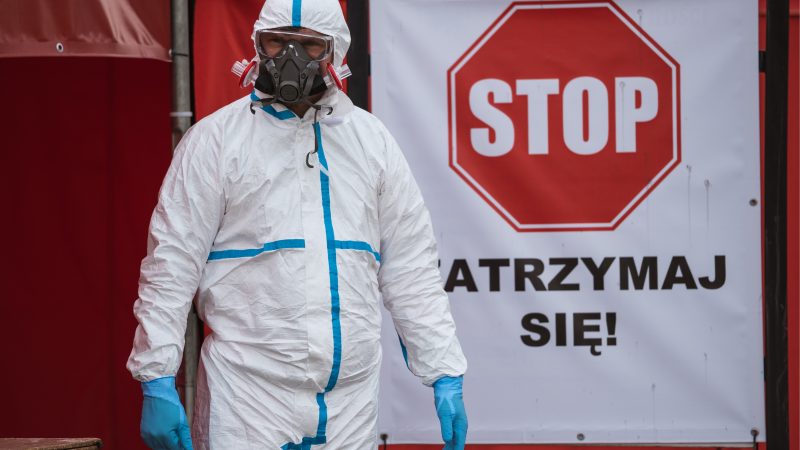 For about a week there has been a strike of the medical staff in Poland. The protesters are demanding to negotiate with the prime minister, who has been ignoring them. [shutterstock/Dziurek]

“You will hang,” far-right lawmaker Grzegorz Braun (Confederacy) told health minister Adam Niedzielski at a debate over the situation in the health sector on Thursday in the Sejm.

Braun was thrown out of the chamber and the issue was referred to the prosecutor’s office, as his words can be considered as punishable threats.

For about a week there has been a strike of the medical staff in Poland. The protesters are demanding to negotiate with the prime minister, who has been ignoring them.

For their part, protesters refuse to negotiate with health minister Niedzielski and his assistants. “We have been discussing with the minister these past months with no results”, said Wojciech Szaraniec, from the strike committee.

Doctors, nurses and paramedics are on strike, demanding that the government increase spending on healthcare in the multiannual plan from 7% to 8% of the GDP. The EU average is 10%, according to Eurostat.

The second demand is to increase the salaries in the medical sectors to the EU average so that the brain drain of doctors is contained.

Beata Buchelt from the Economic University in Kraków warned about “an upcoming catastrophe in the human resources in healthcare in Poland after the pandemic”, as 9% of Polish doctors are ready to emigrate.

However, the long term data does not confirm increased migration, shows a report by Konkret24, a fact checking portal.

The third main demand is to increase the number of personnel working in healthcare to the EU and OECD levels. Eurostat data shows Poland had the lowest level in the EU: 238 physicians per 100,000 population in 2018, while the EU average was 388.

The ministry of health estimates the total cost of accepting the demands at 100 billion złotys (about €22 billion).