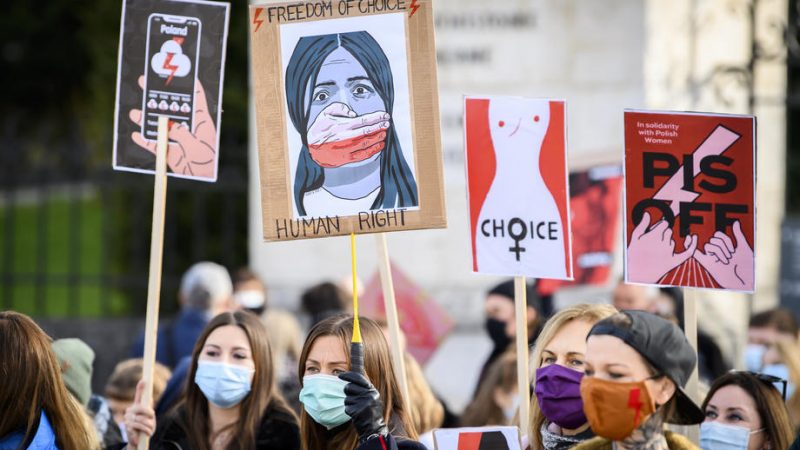 Poland’s PiS proposes protestors pay fines before courts establish guilt. Protestors may first have to pay a fine before having their day in court. [EPA-EFE/ANTHONY ANEX]

Protestors may first have to pay a fine before having their day in court, the ruling Law and Justice party (PiS) proposed on Friday following the mass protests related to the Women’s strike.

While many lawyers such as Polish Ombudsman Adam Bodnar raised objections to the project, politicians from the Civic Coalition (KO) and the Left (Lewica) were also critical. Even the Agreement party (Porozumienie) – a coalition member of the ruling PiS government is “doubtful” about the project.

“The proposal is obviously unconstitutional because it provides for the imposition of a sanction and the necessity to pay a fine, even though no guilt has been established by a court decision. This is contrary to the citizen’s right to have his criminal case heard by an independent court”, said Dr Mikołaj Małecki from Jagiellonian University, as quoted by EURACTIV.pl’s media partner Gazeta Wyborcza.

Those who participated in the autumn protests – as thousands rallied against the Constitutional Court’s controversial abortion decision at a time when gatherings of more than five people were forbidden – are refusing to accept the fines against them and courts are refusing to punish them.

The ruling party PiS is thus wanting to eliminate such a possibility of refusing to accept a mandate in order to discourage protesters from taking to the streets.