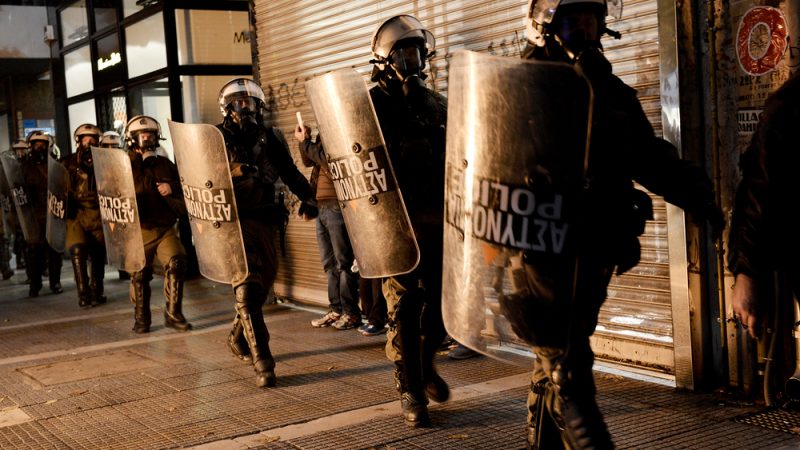 It all started when police officers appeared in a square in a suburb of Athens carrying out checks and imposing fines, which provoked the reaction of some passers-by, who protested watching the police checking a family with minor children. [Shutterstock/Giannis Papanikos]

Excessive police violence against citizens in an Athens suburb over the weekend has caused turmoil in Greece politics, with the opposition accusing the government of trying to establish a police state.

Police officers appeared in a square in a suburb of Athens carrying out checks and imposing fines, which provoked angry reactions from some passers-by.

Greek media reported that a group of policemen then became violent. Social media sites were flooded with videos showing policemen beating citizens and using tear gas. The police stated that its officers were attacked by a number of people, although the videos do not support these claims.

The conservative Greek government (New Democracy–EPP) has been drawing criticism lately due to increased incidents of police violence.

“During the day violence and authoritarianism and in the evening, propaganda,” commented opposition leader Alexis Tsipras, who accused Greek mainstream media of trying to hide the truth.

“Mr. Mitsotakis is the orchestrator of the largest campaign of authoritarianism and deception that the country has known for decades,” Tsipras added. (Sarantis Michalopoulos | EURACTIV.com)