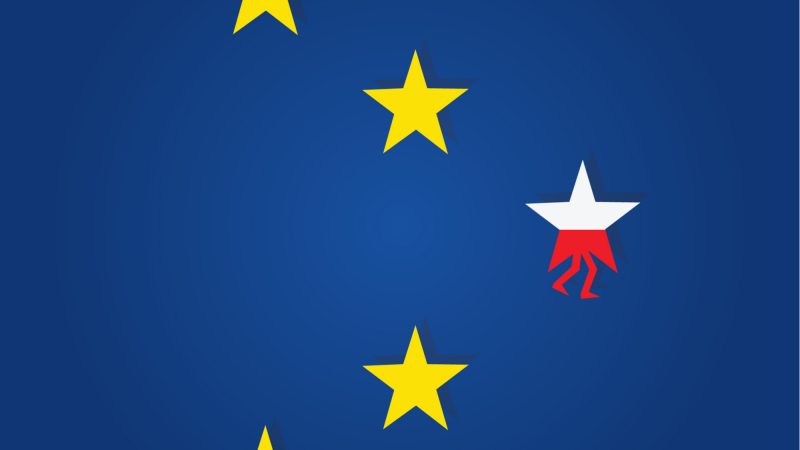 It was the second time this week that the Polish tribunal was addressing cases that call into question the primacy of EU law. [Shutterstock/Umoko]

The comes come as the EU’s top court is due to issue another ruling on the disciplinary chamber on Thursday, while the Polish court of justice will deliver another postponed verdict on the compatibility of EU treaties with the Polish constitution, as requested by Prime Minister Mateusz Morawiecki.

It was the second time this week that the Polish tribunal was addressing cases that call into question the primacy of EU law.

Wednesday’s ruling in Warsaw came as a result of proceedings initiated by Brussels against Poland, as part of which the Court of Justice of the European Union (CJEU) told Warsaw last year to suspend a panel it had created to discipline judges.

The panel, consisting of the Polish Supreme Court’s disciplinary chamber, asked the tribunal whether such a suspension was constitutional.

“With the best will to interpret the constitution, it is impossible to find in it the powers of the [EU] Court of Justice to suspend Polish laws concerning the system of Polish courts,” said Constitutional Tribunal judge Bartlomiej Sochanski.

Shortly before the ruling on Wednesday, the deputy head of the CJEU again told Poland to immediately halt all activities of the chamber.

Commenting on the verdict, Ombudsman Adam Bodnar, who was one of the parties to the proceedings, warned that “we are all the time in the middle of a legal Polexit, which is taking place step by step.”

“We will see where it takes us, or maybe we will finally realise what path we are on,”  he said. The situation is heading towards taking the Polish judiciary out of EU jurisdiction, he added.

“Only we Poles can successfully oppose this,” he tweeted.

However, opinion polls over the past years had suggested that approval for EU membership remains very popular among Poles, and it is unlikely that any referendum would be held.

Currently, Judge Igor Tuleya, known for fighting for the independence of the judiciary in Poland, faces the consequences of having his immunity removed, after being subjected to a politicized court case. Amnesty International considers him a human rights defender.

“This is a dangerous move for people in Poland, and in particular for Judge Tuleya who now risks criminal charges simply for doing his job,” said Draginja Nadaždin of Amnesty International.

“The European Commission should take urgent action to protect the Polish judiciary. They cannot stand by and let Polish authorities cause further damage to human rights and the rule of law in the EU through this politicized Constitutional Tribunal. We call on all EU leaders to strongly condemn these actions and urge Poland to respect human rights and EU law,” their statement said.

The PiS party says the EU is interfering in its right to make its own laws by challenging its judicial reforms, which it says are necessary to make courts function more effectively and remove a residue of communist influence.

“Fortunately the constitution and normality prevail over an attempt […] to interfere in the internal affairs of a member state, in this case Poland,” Justice Minister Zbigniew Ziobro told reporters in Warsaw.

Opposition parties and human rights groups say the reforms aim to increase political control over the courts, and that questioning the primacy of EU law could result in Poland’s eventual exit from the bloc.