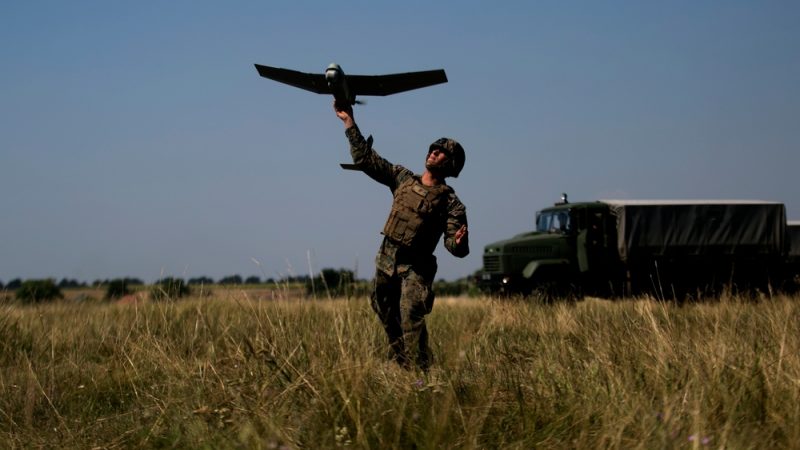 Taras Troiak, a businessman from Kyiv responsible for ordering drones for the Ukrainian army, signed an agreement with the French Parrot producer.  [Shutterstock/Marlin360]

Polish company Level 11 did not deliver 200 drones ordered by the Ukrainian forces despite having received payment in advance, TVN24 TV station reports.

Taras Troiak, a businessman from Kyiv responsible for ordering drones for the Ukrainian army, signed an agreement with the French Parrot producer.

“The distributor told me to contact Dariusz M. (name classified due to the charges) from the well-known Polish munition company. We exchanged e-mails. Consequently, I was convinced that I bought 206 drones with the delivery to Ukraine in two weeks,” Troiak told TVN24.

As a result of the investigation, it turned out M. had sent Troiak two offers, including the delivery by the company he worked in of six drones and that of 200 drones by a small Level 11 company. However, most of the ordered drones have never been delivered. Ukrainian Quadra.ua company, the formal consignee, has not received 200 of the 206 drones.

Troiak was told that the remaining 200 pieces of equipment were supposed to be delivered in the following 35 days. “For me it was unacceptable. I terminated the contract and demanded the return of the €1.5 million I had paid (in advance),” he said. However, Level 11 only sent back €900,000 of the advance in four transfers, with Troiak having not yet received the remaining money.

When asked to comment, Level 11 CEO Paweł Krzykowski said it was impossible to finalise the transaction “due to the Ukrainian company’s failure to deliver all the necessary documents listed in the offer.” The company itself “committed no nonfeasance,” he added.

M. has been dismissed from the company, and Counsel Jerzy Ferenz, representing the Ukrainian company, has submitted an offence notification to the Regional Prosecutor’s Office in Warsaw.