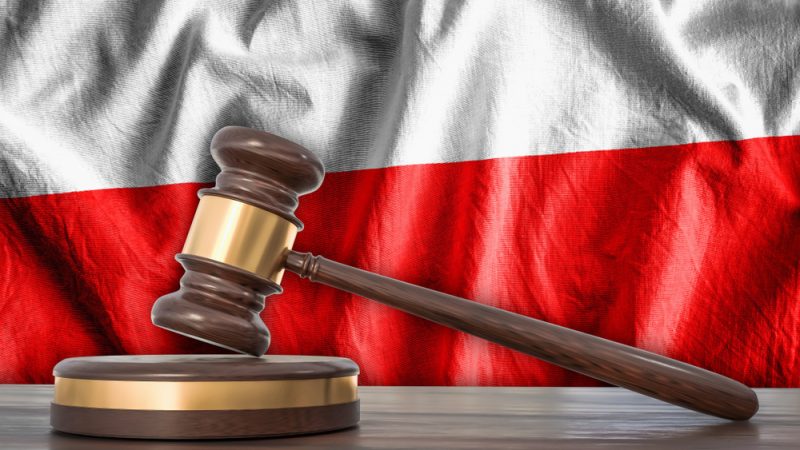 Prime Minister Mateusz Morawiecki expects that the Constitutional Court will “effectively ensure the supremacy of the Polish Constitution over EU law.” [Shutterstock/andriano.cz]

Poland’s Constitutional Court has postponed for the third time its review of whether the country must comply with a demand by the Court of Justice of the EU (CJEU) to suspend regulations on judicial reform implemented by the ruling Law and Justice Party (PiS) which it found to be contrary to EU law.

The Supreme Court’s Disciplinary Chamber, which was suspended by the CJEU, asked the Constitutional Court, which is controlled by the ruling party, to verify if the Luxembourg court’s decision is compatible with the Polish constitution.

Poland’s top court was already supposed to initiate proceedings on 12 May, however, the TK said it needed time to address the request presented by Ombudsman Adam Bodnar.

The Ombudsman is calling for one of the judges to be removed from the trial as he considers him to have been unconstitutionally chosen by the ruling party. He is also calling for former PiS member, Judge Krystyna Pawłowicz, who is openly anti-European and critical of the CJEU to also be recused.

The Ombudsman argued that her statements, calling the CJUE’s judgement an “aggression” and labelling Luxembourg court’s vice-president a “political and court saboteur”, may influence her judgment as the case concerns the CJEU.

The Constitutional Court says that it needs time to address the Ombudsman’s requests. (Paulina Borowska | EURACTIV.pl)