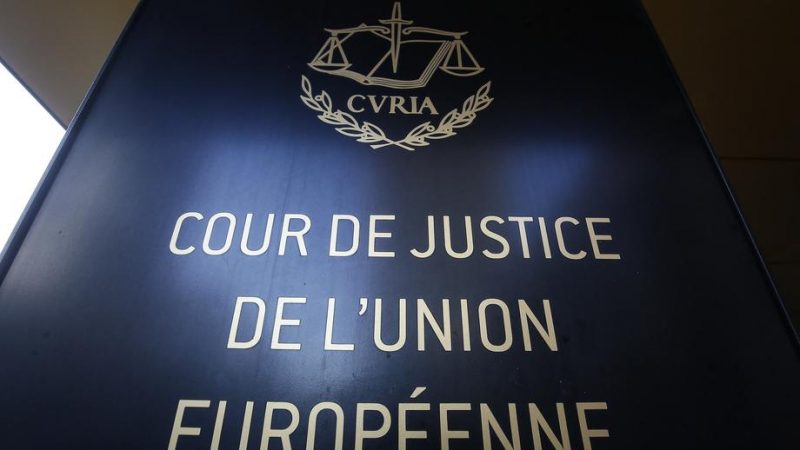 The European Union's top court said in a statement on 16 February 2022 about the measures for the protection of the Union budget, that it has dismissed the actions brought by Hungary and Poland against the 'conditionality mechanism'. [EPA-EFE/JULIEN WARNAND]

The Polish Constitutional Tribunal set to review the EU conditionality mechanism linking EU funds’ disbursements with the rule of law decided to postpone its decision indefinitely less than an hour after the EU Court of Justice dismissed a legal challenge submitted by Poland and Hungary.

Last December, Justice Minister Zbigniew Ziobro filed a complaint against the mechanism to the Constitutional Tribunal, claiming it was inconsistent with the Polish constitution. The Tribunal, which experts say is subordinate to the government, was widely expected to confirm Ziobro’s view.

“The Constitutional Tribunal works as a government’s agency. It is not a coincidence that the hearing was scheduled for the same day the CJEU was to issue its ruling,” said lawyer Robert Grzeszczak from Warsaw University, interviewed by EURACTIV.pl.

Asked why the Tribunal decided to postpone the ruling, the expert said that its head Julia Przyłębska is waiting for the CJEU to publish a justification for its decision on the conditionality mechanism so that the Tribunal knows what arguments to refer to in its ruling.

The Wednesday CJEU’s ruling made big waves in Polish politics. The ruling Law and Justice (PiS) party’s head Jarosław Kaczyński called it “an abuse and fraud by the EU authorities.”

“The EU is undergoing a process of restricting or even eliminating member states’ sovereignty. We oppose that process,” he said.