Polish economy: Euro the most expensive in 12 years 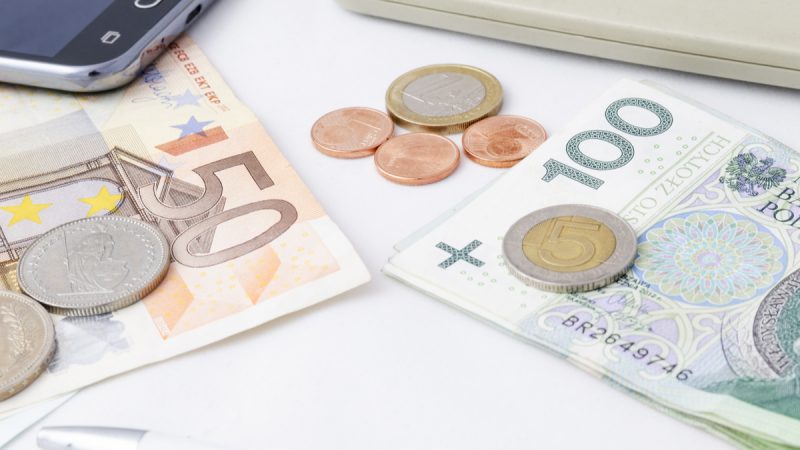 The central bank’s euro exchange rate is the highest in 12 years at 4.72. [Shutterstock / Maciej Schulz]

Polish PM Mateusz Morawiecki tried to defend the free fall of Poland’s currency as he announced a possible intervention to stabilise the situation. The central bank’s euro exchange rate is the highest in 12 years at 4.72.

“We will do everything we can in communication and our real actions so that the złoty is stronger”, announced the premier on 22 November. The markets responded with a momentary strengthening of the currency before the złoty began to weaken again.

Economic commentators emphasise that the fall is not a response to the solid performance of the real economy. In October, production output and sales were above estimates, but the zloty’s fall is instead linked to inflation. Some speculate that inflation could reach 8% by the end of the year.

Professor Antoni Dudek, a leading political scientist, commented that “the problem of inflation and a rapid increase of prices is the most significant problem for the Law and Justice (PiS)” and linked the recent decrease of PiS popularity to inflation.

Economic analysts indicate that the Polish economy entered into a “vicious circle” when the increase in productivity is outpaced by the increase in salaries, which results from a shortage of labour.

This creates mid-term inflation potentially dangerous to the customers’ pockets, argued professor Joanna Tyrowicz from Warsaw University. “We need to ring the bells”, she said in an interview with Money.pl.

The increase in salaries is magnified by the rise of the minimum wage that has been the government’s central policy, recalled Mariusz Zielonka from the employers’ organisation Lewiatan.