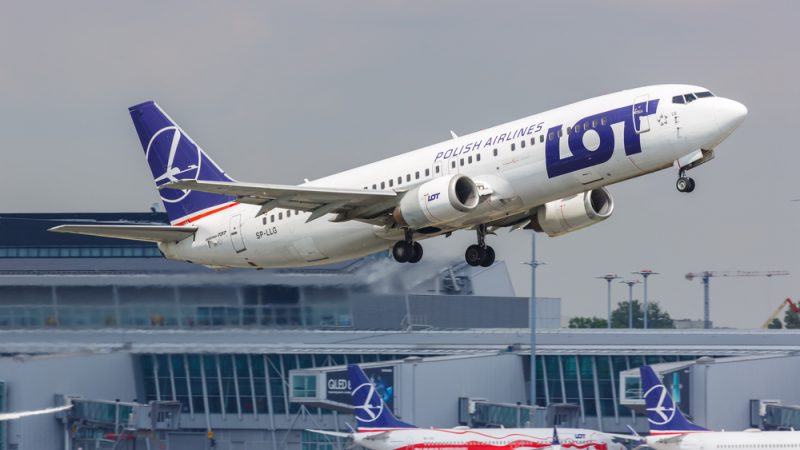 "We suspended LOT's connections to Minsk; Alternative routes for flights over the territory of Belarus have been determined", said the company's spokesman, Krzysztof Moczulski. [Shutterstock/Markus Mainka]

Poland’s largest airline has suspended connections with the Belarusian capital and set alternative flight routes over its territory in response to the forced grounding of a flight in Minsk on Sunday by Belarus in order to arrest dissident journalist Roman Protasevich.

“We suspended LOT’s connections to Minsk. Alternative routes for flights over the territory of Belarus have been determined”, said company spokesman Krzysztof Moczulski.

Connections to Moscow will most likely be made over the territory of Lithuania and Latvia. Flights to Asia will take place in the same way, or alternatively over Romania, Bulgaria and Turkey, he added.

The new routes will be in place indefinitely, though the company said it will provide information on the decisions it takes on an ongoing basis and confirmed that passengers will be able to return the ticket or change their reservation for a future date. (Monika Mojak | EURACTIV.pl)