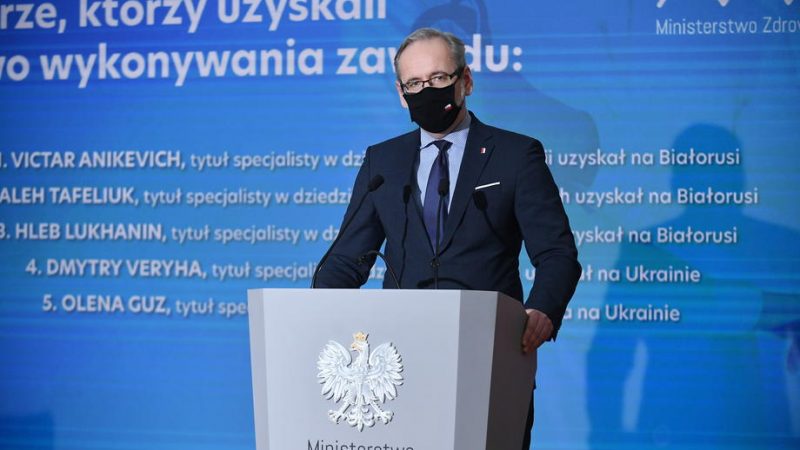 The five areas include the national Oncology Network, the National Cardiology Network, the lifting of limits on access to specialist doctors, post-COVID care and rehabilitation, and the prevention programme for people over 40. [EPA-EFE/Marcin Obara]

There will be a recovery plan for the health of Poles, Health Minister Adam Niedzielski announced during a Patients Organisations Forum on Thursday, noting that it will cover five areas.

The five areas include the national Oncology Network, the National Cardiology Network, the lifting of limits on access to specialist doctors, post-COVID care and rehabilitation, and the prevention programme for people over 40.

Niedzielski admitted that all resources were directed to fight the pandemic, as a result of which the health deficit in the country increased.

It is important to “eliminate this health deficit, which occurs in all disease areas; in any case that has not been detected, in any situation where the patient has not continued treatment,” as soon as possible, the health minister said.

A project which would translate the oncological network pilot into a systemic solution will be prepared until the end of March and will enter into force on 1 January 2022.

The National Cardiology Network will have its pilot carried out in the Masovian district, announced Prime Minister Mateusz Morawiecki. However, the timeline of the project has not yet been announced.

While the temporary abolition of admission limits for all specialists would apply from April and last at least until the end of the year, solutions for post-COVID care and rehabilitation should be ready by the end of February.

For its part, the special prevention programme for people over 40 will cover basic medical examinations “due to its post-pandemic nature will be reduced to a one-time health check”.