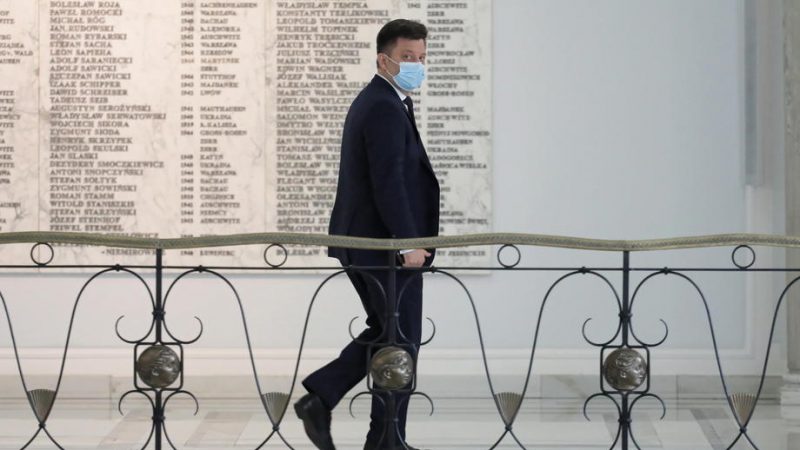 In one of the disclosed emails, Dworczyk advises against using the army against female protesters. [EPA-EFE/PAWEL SUPERNAK]

The Russian service Telegram has published further email leaks from the head of the prime minister’s office Michał Dworczyk, this time in regards to preparations for press conferences on tightening pandemic restrictions and last year’s protests against the near-total ban on abortion.

In one of the disclosed emails, Dworczyk advises against using the army against female protesters.

Meanwhile, investigations by Onet.pl and Gazeta Wyborcza suggest that during a secret parliamentary meeting on hacking attacks on email accounts of members of the Polish government, the Secretary of State for Digitalisation Janusz Cieszyński said hackers had gained access to as many as 4,500 different email accounts, from which they stole around 70,000 emails, including those of many members of government.

The government expects more of these emails to be released in the coming days. Only private mailboxes were attacked, but many ministers, high-ranking employees of state offices and advisers to the PM used them instead of their government email accounts protected by counter-espionage services.

During a secret debate in parliament, the chairman of the ruling Law and Justice (PiS) party Jarosław Kaczyński – according to reports from many MPs – accused Russia of the hacking attack, adding that it was part of a “Russian invasion of Poland.” (Anna Wolska| EURACTIV.pl)