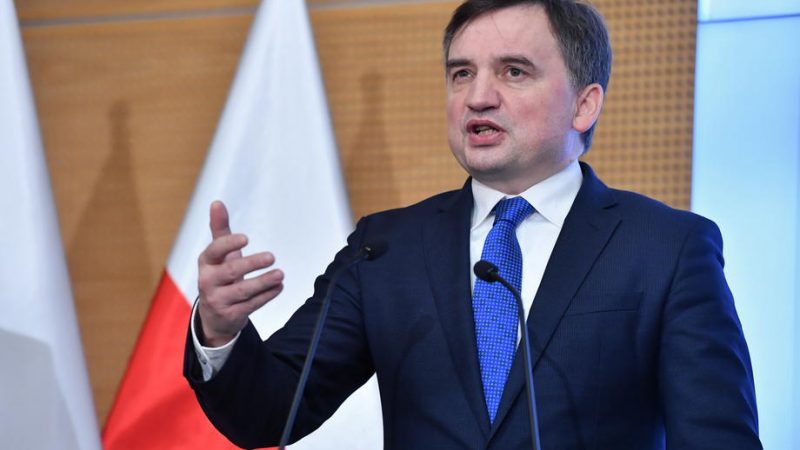 All candidates to the Supreme Court’s Disciplinary Chamber are allies of Justice Minister Zbigniew Ziobro, the head of the Solidary Poland party. [EPA-EFE/PIOTR NOWAK]

Poland’s justice minister Zbigniew Ziobro has told the Financial Times that he favours suspending EU membership contributions if the European Commission withholds funding in the ongoing dispute over judicial reforms.

Ziobro of the Solidarity Poland party has accused Brussels of seeking to change the government in Poland under the pretext of safeguarding the rule of law. Brussels has objected to judicial reforms implemented by the Polish government, which it says undermines judges’ independence and politicises the judiciary.

The Polish government argues that the changes are necessary to fix “the inefficient” judicial system.

“The European Commission is posing impossible conditions because its real goal is not to achieve a supposed rule of law but to change the government in Poland”, Ziobro said in an interview published on Sunday.

“It is sending a message to Poles: if you support this government, you will not get money from the EU (…),” the minister also said.

The European Commission wants Poland to liquidate a controversial Disciplinary Chamber of the Supreme Court and reinstate dismissed judges as a precondition for releasing billions of euros from the EU Recovery Fund.

The Commission has already delayed the payout of €36 billion. The European Parliament wants it to activate a “conditionality mechanism” enshrined in the funding rules to exert further pressure on Warsaw.

But Ziobro claimed the Commission would be acting “illegitimately” if it withheld funding over the dispute. He also said he expects the Commission to back down and could advocate for a policy of vetoing EU actions.

“Poland should respond to EU’s blackmail with a veto on all matters that require unanimity in the EU”, he said, adding that “Poland should also revise its commitment to EU climate and energy policy, which results in drastic hikes of energy prices.”

According to Reuters, during a November meeting between Didier Reynders and Zbigniew Ziobro in Warsaw, the “combative attitude” of the Polish minister dashed hopes of a deal that would unlock €36 billion for Poland. The agency quoted a delegation member that accompanied the EU’s Justice Commissioner in Warsaw.