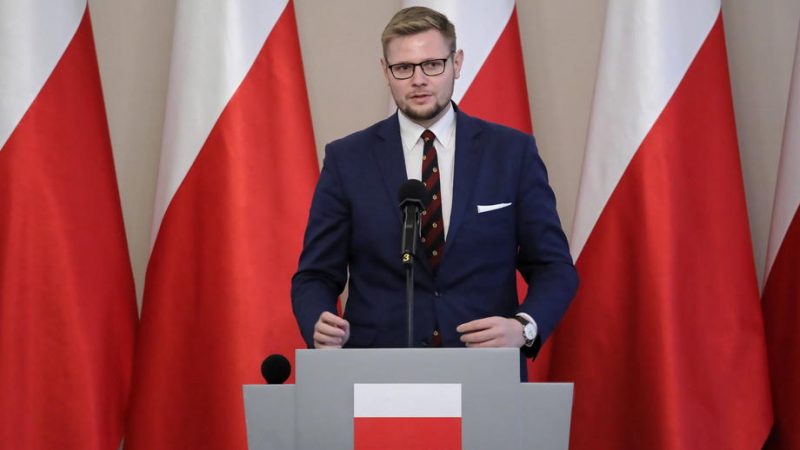 A draft law on freedom of speech online, which was first presented last year, is ready for the government’s approval and submission to parliament, Deputy Minister Michał Woś has said. [EPA-EFE/TOMASZ GZELL]

A draft law on freedom of speech online, first presented last year, is ready for the government’s approval and submission to parliament, Deputy Minister Michał Woś said. This is the ministry’s answer to Facebook’s recent decision to remove the FB page of the far-right party Confederation, currently in opposition.

The minister added that the draft was sent to the prime minister’s office, but since no further action was taken on the matter, it was later sent for interdepartmental consultations.

“The justice ministry […] is of the opinion that it should become a governmental draft bill and be submitted to the parliament so that it could become law as fast as possible,” Woś told public radio broadcaster Polskie Radio.

He did not deny that the draft relates to the removal of Confederation’s Facebook profile. “This draft law is essential for freedom of speech and protection of social media users,” he argued.

Earlier this month, Facebook announced that it would take down Confederation’s Facebook profile, saying that the party “repeatedly violates community standards” by publishing hate speech, as well as disinformation about COVID-19 vaccines.

Secretary of State for cybersecurity, Janusz Cieszyński criticised Meta for blocking the profile of a legal political party. “This is not okay in a modern democracy, regardless of one’s political views,” he said.