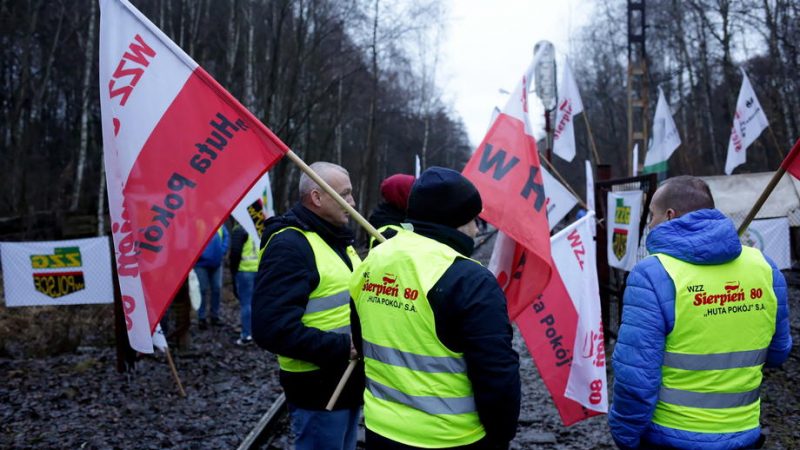 A possible suspension of coal supplies to the power plants may result in a difficult situation for the power system. [EPA-EFE/ZBIGNIEW MEISSNER]

Polish miners established a schedule for further protests, announcing a two-day strike referendum on 12-13 January and a blockade of coal shipping from 17 January until further notice.

Miners are demanding additional money for overtime earned from September 2021. Miners had to do overtime due to the high demand for coal for Polish power plants. Miners are also calling for their average salary to be raised from 7,800 to 8,200 PLN gross.

The list of striking unions is long, and the protesters include representatives of, among others, mining company Solidarność, the Trade Union of Miners in Poland, and the trade union Kadra.

The strikers met with the management of the Polish Mining Group (PGG) board last Tuesday. However, the talks failed. Another attempt, this time with the mediator, is scheduled for 10 January.

The PGG is not willing to meet their demands. According to unofficial information, the cost of implementing the wage demands would be around 130-140 million PLN (€28.3 million- €30.5 million).

A possible suspension of coal supplies to the power plants may result in a difficult situation for the power system. Deputy Minister of State Assets, Piotr Pyzik, called the protest “playing with energy security”.