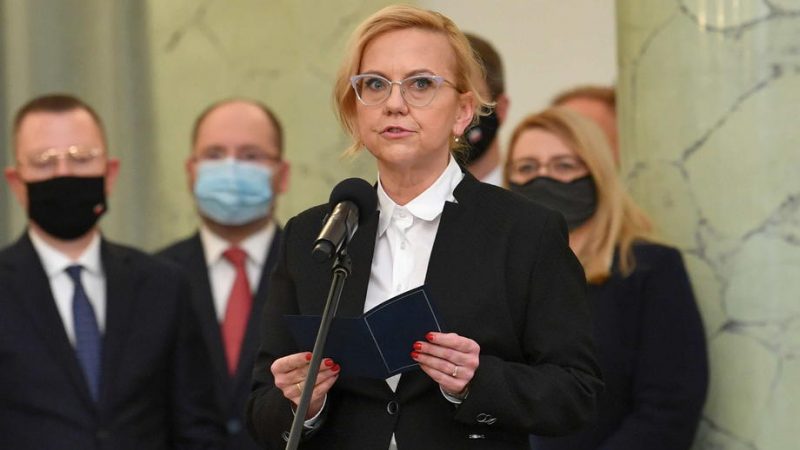 Newly appointed Polish Climate and Environment Minister Anna Moskwa will visit Prague on Friday to resume bilateral talks between Czechia and Poland in a bid to unblock the Turów lignite mine dispute. [EPA-EFE / Radek Pietruszka]

Newly appointed Polish Climate and Environment Minister Anna Moskwa will visit Prague on Friday to resume bilateral talks between Czechia and Poland in a bid to unblock the Turów lignite mine dispute.

“We were glad that she took this as one of her priorities after assuming the office,” Czech Environment Minister Richard Brabec said.

The Czech government remains optimistic as it hopes for an agreement to secure financial compensation for the neighbouring Czech villages that are negatively impacted by mining in Turów.

“I dare to say that the deal is basically ready if the new Polish leadership accepts the matters that have already been agreed on,” Brabec said.

“The last important point we were discussing was the notice period of the agreement. The latest Polish proposal for two years was unacceptable to us, we proposed a considerably longer period,” Brabec added.

In February 2021, Czech authorities brought the case to the European Court of Justice. Several weeks later, the EU Court issued a preliminary measure ordering an immediate halt of mining in Turów. However, Poland refused to follow the ruling and decided to continue with mining despite a hefty €500.000 daily fine for not respecting the measure.

On 9 November, the first hearing at the EU Court will take place. Friday’s meeting of environmental ministers is seen as the last chance to break the deal that could lead to the lawsuit’s withdrawal.