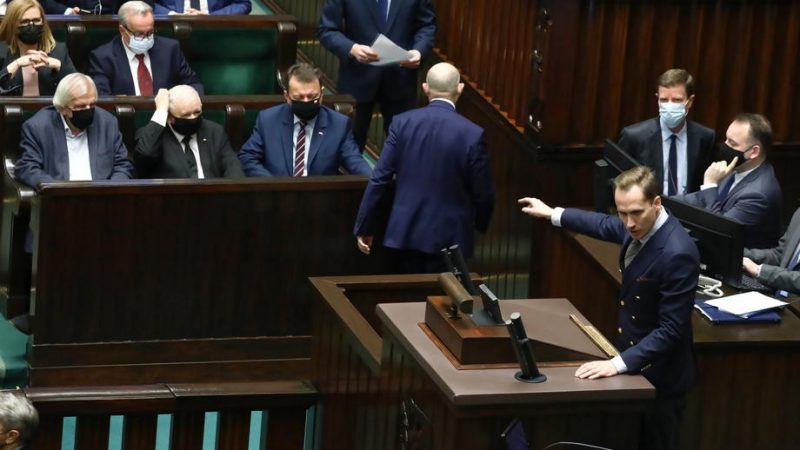 Parliament’s lower chamber has adopted a resolution expressing support for Ukraine but failed to pass it with enthusiasm due to the opposition of the rightist Confederation party.

The party said their rejection of the resolution was politically motivated against the left rather than a wish not to support Ukraine.

The resolution was a compilation of two drafts. The first, proposed by the Left party, concerned Polish support for an independent and sovereign Ukraine. The other, prepared by the Presidium of the Sejm, was an appeal to NATO and EU countries to take action.

As both drafts were similar, the Sejm decided to combine them.

“Sad, although not surprising,” tweeted Left’s Adrian Zandberg, commenting on the objections made by the Confederation party. His colleague, Marcelina Zawisza, accused Confederation of “imprudence.”

In response, Confederation MP Robert Winnicki said his party did not refuse to support Ukraine, but initially disagreed to support the Left’s draft, for “the Sejm’s Presidium–prepared not ideal, but much better one.”

But because the final resolution combined both, the Confederation party could not reject one while supporting the other.

This means that ultimately most MPs in the Sejm voted in favour of the resolution. The only one who voted against was one of the party’s leaders, Grzegorz Braun.