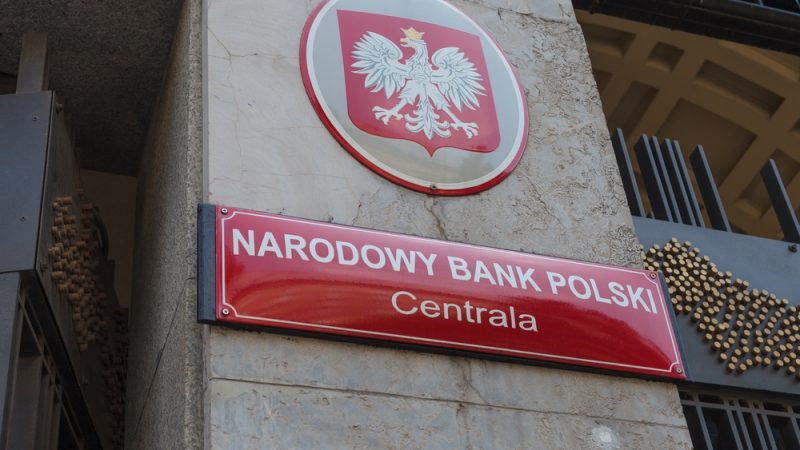 As Glapiński was taking the solemn oath in front of the lower house of the Polish parliament, cut-up dummy banknotes thrown by Jachira began to fall from the gallery of the meeting room. [Shutterstock/MAXSHOT.PL]

Klaudia Jachira, who represents Poland’s largest opposition party, the liberal Civic Platform, scattered cut-up banknotes in the parliamentary hall as an act of protest against the election of Adam Glapiński, president of the National Bank of Poland (NBP), for a second term.

As Glapiński was taking the solemn oath in front of the lower house of the Polish parliament, cut-up dummy banknotes thrown by Jachira began to fall from the gallery of the meeting room.

Jachira was expressing her opposition to the NBP’s policy of recent months, which she blames for high inflation in Poland. According to her, the 13.9% inflation rate was caused by the Glapiński-led financial body printing money, ignoring the high public debt and wasting public funds.

“We are heading straight for economic disaster!” she tweeted under a video showing her throwing cut banknotes into the parliamentary hall.

Conservative and right-wing parliamentarians were critical of the MP’s behaviour.

“After Jachira’s circus and display of rudeness, someone will have to clean up the mess. Of course, it will be the hard-working women whose rights Ms Jachira is fighting for in this very way,” right-wing MP Monika Pawłowska tweeted.

Jachira is known for her controversial protest actions against the ruling party, the Law and Justice. Before becoming an MP, she ran a satirical channel on YouTube.

Jachira’s action was not the only form of protest against Glapiński’s election to office. During the swearing-in of the NBP President, Left-wing MPs held banners with the slogan “Glapiński musi odejść” (Glapiński must go), listing everyday products and the amount by which they had recently risen in price.

Glapiński is a controversial figure in Poland. Close to the Polish government, he is regarded by many as being directly responsible for the high inflation rate in Poland. Politicians and economists have been critical of the uncoordinated joint policy of the government and the NBP.