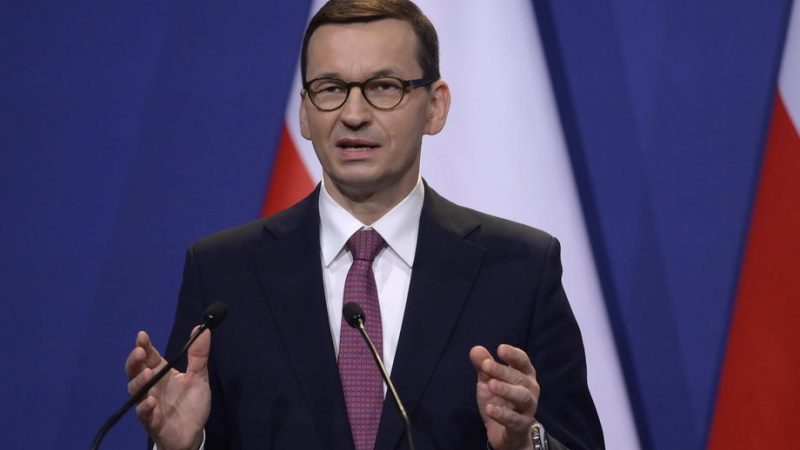 A new round of negotiations over the Turów mine debacle started on Tuesday that could lead to Czechia withdrawing the lawsuit it filed in February against calling for a halt to activities at the mine. [EPA-EFE/SZILARD KOSZTICSAK]

Prime Minister Mateusz Morawiecki sent a letter to his Czech counterpart Andrej Babiš, accusing Czech negotiators of unwillingness to reach consensus on the lignite mine in Turów, located a few kilometres from the countries’ shared border.

A new round of negotiations over the Turów mine debacle started on Tuesday that could lead to Czechia withdrawing the lawsuit it filed in February against calling for a halt to activities at the mine.

In the letter, obtained by the Dziennik Gazeta Prawna daily, Morawiecki complained to Babiš about Czech representatives constantly changing the once-agreed elements of the deal.

“We are deeply disappointed by how much the deal [in its current shape] differs from what was initially agreed during the meeting on 24 May in Liberec,” the Polish president wrote.

Morawiecki went on to complain that every time the two negotiating parties come close to an agreement on certain issues, the talks are suspended and the Czechs change their stance on the previously established points.

Poland is also concerned that the deal as it now stands does not guarantee that Prague would not go back on its promise of withdrawing the lawsuit in the future. But the Czechs raised similar issues about the Poles.

“It is Poland that wants to discuss each point with details, it turns out that every single word counts,” one of the participants of the talks told Dziennik Gazeta Prawna. Past negotiations between the Czech Republic and Austria over the Temelin nuclear power plant had been fierce but constructive, the source added, whereas Polish negotiators “seem to not care about finishing the talks.”

In its suit against Poland, Czechia accuses the Turów mine of draining water supplies in Czechia and risking subsidence in Germany. In May, the EU Court in Luxembourg ruled on 21 May that the mining must stop immediately. (Aleksandra Krzysztoszek | EURACTIV.pl)