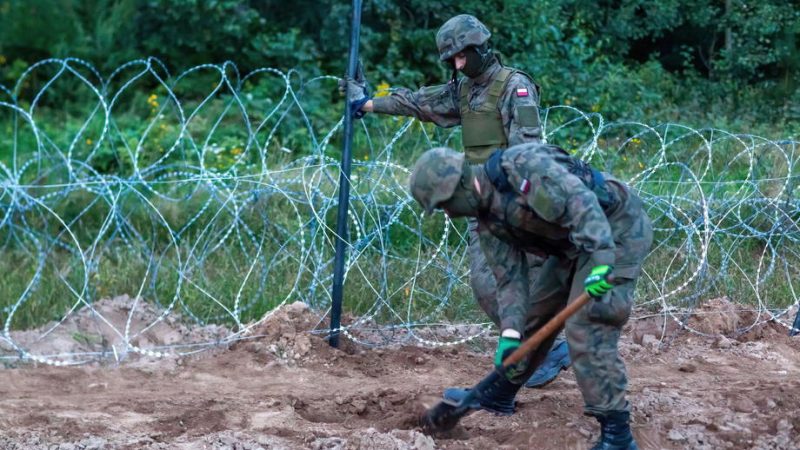 The special law on the construction of a permanent fence on the border with Belarus, signed by President Andrzej Duda on Tuesday, was published in the Journal of Laws. [EPA-EFE / Marcin Onufryjuk]

The special law on constructing a permanent fence on the border with Belarus, signed by President Andrzej Duda on Tuesday (2 November), was published in the Journal of Laws.

This means that, according to its provisions, the act comes into force on Thursday.

The Polish government estimates the cost of building the border wall at 1.615 billion PLN.

The wall will be accompanied by extra infrastructure, including surveillance and telecommunication devices.

According to the bill, the purpose of the investment is to “protect the state border and prevent illegal migration.” The fence is to be over 5 meters high and almost 200 kilometres long.

The Sejm, the lower house of the Polish parliament, passed the bill on 14 October and the Senate, where the opposition currently holds a small majority, passed it on 27 October.

Senate amendments allowing MPs and senators to participate as observers in the construction of the border fence were rejected.

The construction will not be covered by the Act on Access to Public Information, which means that detailed information on construction progress will not be made publicly available. Public procurement regulations will also not apply.

The bill allows the accelerated purchase of the land needed for the project. After it comes into force, construction of the border fence will be able to begin; the Polish government hopes this will start later this year.