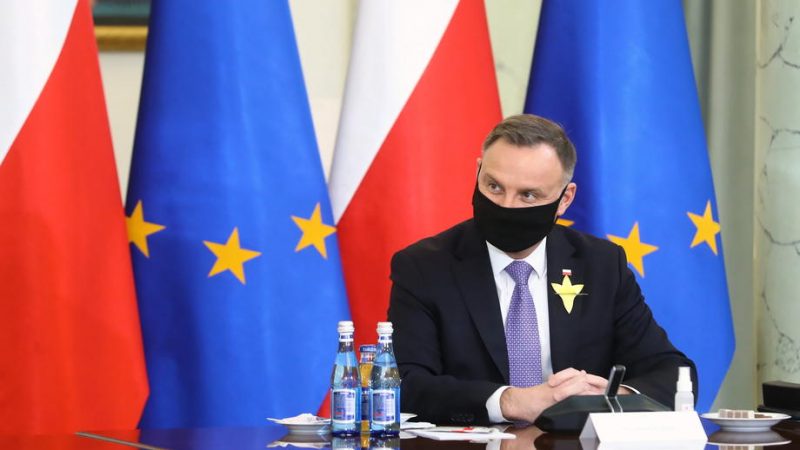 During a press conference, he said it is no secret to anyone that more than 90% of people who require hospitalisation for COVID-19 are not vaccinated. [EPA-EFE/RAFAL GUZ]

Polish President Andrzej Duda will travel to Bucharest to meet his Romanian counterpart Klaus Iohannis next Monday for a joint teleconference meeting with leaders of the Bucharest Nine (B-9) group.

The head of the National Security Bureau, Paweł Soloch, announced that the B-9 countries wanted this meeting before the NATO summit, to find common grounds on various topics including tensions with Russia. The meeting also seeks to underline the position of the group of NATO eastern flank countries at the first summit of the alliance to welcome US President Joe Biden.

“Our president, I think also our partners from the Bucharest Nine, will emphasise the necessity to further strengthen NATO, above all the military adaptation of the alliance, also in connection with aggressive Russian policy, and the need to tighten transatlantic ties,” said Soloch.

“This will be an opportunity for the B-9 countries to demonstrate their own contribution to the security of the region”, the head of the national security bureau added.

The meeting of B-9 leaders will coincide with the US-led Defender-Europe 21 manoeuvres, some of which will take place in Romania with the participation of Polish soldiers.