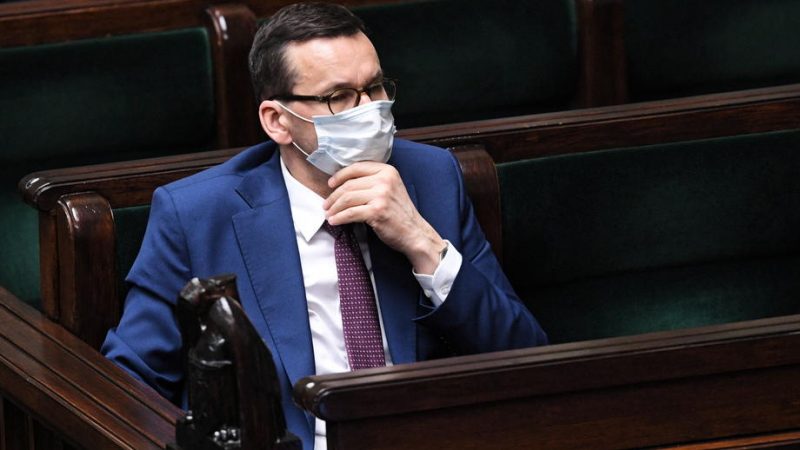 The Polish Senate adopted a resolution prepared by the opposition Civic Coalition, calling on the government to adopt the negotiated draft EU budget which it vetoed, together with Hungary.

While 49 senators voted in favour of the resolution, 48 senators – mainly from the ruling Law and Justice (PiS) party, voted against.

Last week, the lower house of the Polish Parliament, the Sejm, adopted a resolution expressing support for the government in its negotiations on the EU budget.

PM Mateusz Morawiecki will meet his Hungarian counterpart Viktor Orbán in Budapest on Thursday to discuss their veto of the EU’s budget and recovery fund, a Polish government spokesman has said.

Hungary and Poland blocked the approval on 16 November of the EU’s seven-year budget and the recovery fund totalling €1.81 trillion, as both countries continued to oppose the rule of law mechanism attached to EU funds. (Anna Wolska | EURACTIV.pl)