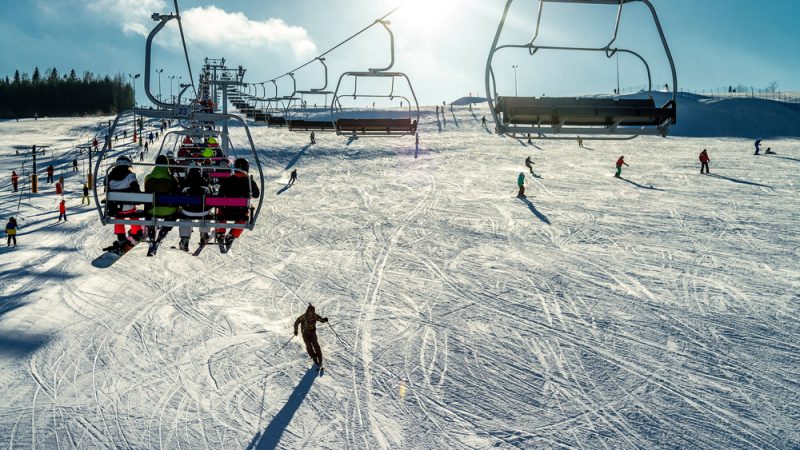 People also headed to the slopes to see the Ski Jumping World Cup, which is among the country's favourite sports.  [Shutterstock/ Chris Radzikowski]

As Poland’s government allowed ski slopes to reopen from Friday for a two-week trial period, with cinemas, theatres, and hotels also being allowed to open at 50% capacity, Zakopane – the country’s largest ski resort – was full of tourists for the entire weekend, with many flouting compulsory mask-wearing and social-distancing rules.

People also headed to the slopes to see the Ski Jumping World Cup, which is among the country’s favourite sports. Although attendance at the venue was not allowed, many people formed crowds nearby to at least see the competition from a distance.

Ski mayhem did not end with the weekend, though.

After pictures of crowds queuing for the ski lift at the resort in Szczyrk went viral, health authorities inspected the area. The results of the investigation revealed that while tourists had not been social-distancing, the resort’s administration had ensured all the necessary safety measures were met.

Polish authorities have warned that tighter restrictions will be brought back if the number of COVID-19 infections increases as a result of people disregarding restrictions.