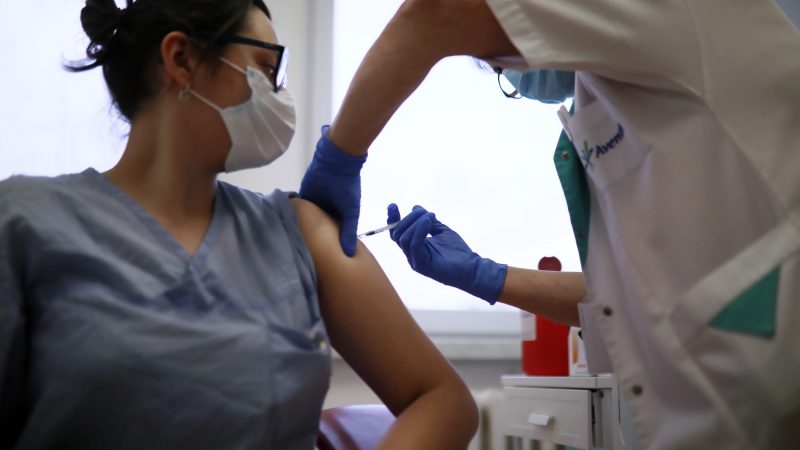 Bulgaria is the country with the least vaccinated citizens in Europe – only 18% of the population is fully vaccinated. [EPA-EFE/Leszek Szymanski]

The chairman of the parliamentary group of the leading “There is such a people” (ITN) party, Toshko Yordanov, called MEP Radan Kanev (Democratic Bulgaria, EPP) “garbage”. The latter had asked for the EU’s help with efforts to increase the number of vaccinated against COVID in Bulgaria.

“The sharp, even harsh, negative reactions against my position are not unexpected. People die in Bulgaria because they are not vaccinated. Victims of irresponsible propaganda and cowardly populism,” Kanev commented.

One week ago, EURACTIV reported on Toshko Yordanov’s bill banning compulsory vaccination against COVID in Bulgaria, for which there was no time to be adopted by the parliament.

The initiative was seen as a clear pre-election move as the “There is such a people” party is fishing for votes in the anti-vaxxers’ camp.

Bulgaria is the country with the fewest vaccinated citizens in Europe – only 18% of the population is fully vaccinated.

The conflict between Democratic Bulgaria and ITN over vaccination has the potential to hinder the establishment of stable governance in the country. The two parties are likely to negotiate a ruling coalition in the next Bulgarian parliament, and the attitude towards the pandemic and vaccines is one of the major dividing lines.