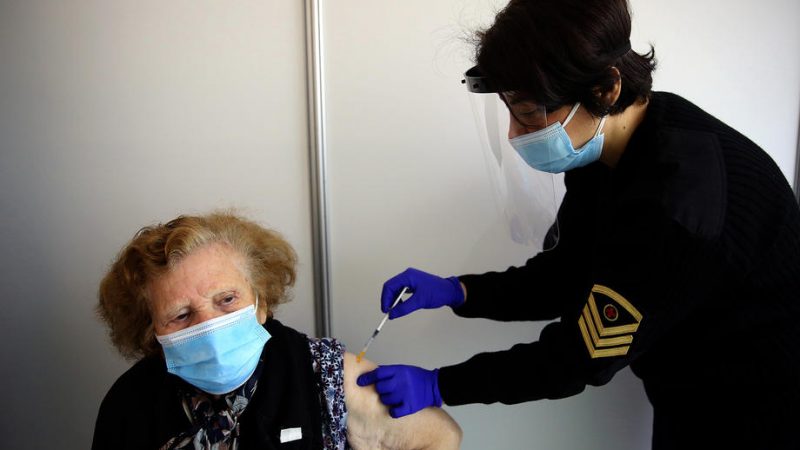 Just 61.5% of Greece’s total population has been fully vaccinated, a figure below the EU average. [EPA-EFE / ORESTIS PANAGIOTOU]

Most Greeks (66%) favour extending mandatory vaccination to groups of workers who come into contact with a lot of people, according to a poll for Greece’s Skai TV. However, making vaccination obligatory for the country’s police remains a challenge for the conservative government.

Asked whether it would be good to have vaccination mandatory in some categories of workers, such as those working in education, catering, transportation, 52% answered “definitely yes” and 14% “probably yes”.

In contrast, 20% of the respondents opposed mandatory vaccination.

The most worrying result from the poll was that anti-vaxxers’ numbers are expected to remain high as 48% of those who have not been vaccinated said nothing would change their mind.

Just 61.5% of Greece’s total population has been fully vaccinated, a figure below the EU average.

Until now, only health workers are obliged to get vaccinated. Press reports suggest that the government is considering extending it to other categories, such as education and the hospitality sector.

It’s still uncertain whether the police will be part of the mandatory vaccination push. Akis Skertsos, minister of state responsible for coordinating government policies, triggered controversy when he stated that “there is no survey suggesting that policemen could transmit the virus”.

The opposition parties have accused the government of being reluctant to make vaccination obligatory for police officers fearing electoral losses.