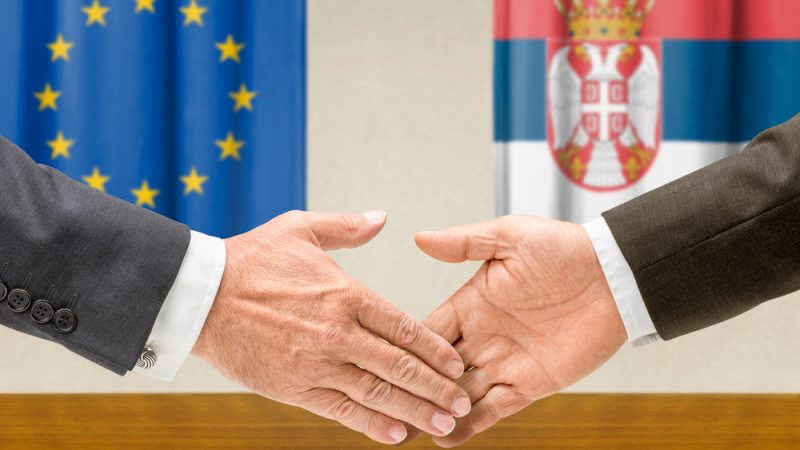 The poll shows that 54% of the respondents support Serbia's EU accession, while one third oppose it, the EU Info Centre stated. [Shutterstock/Zerbor]

The majority of Serbian citizens are in favour of joining the EU and see it as the leading donor and trade and investment partner, an opinion poll unveiled Monday and conducted by Ninamedia for the EU Delegation in Serbia shows.

The poll shows that 54% of the respondents support Serbia’s EU accession, while one third oppose it, the EU Info Centre stated.

If only those who would express their opinion were counted, a referendum would lead to a result of 62% in favour and 38% against EU accession. Young people (aged 18-29) account for more than two thirds of the population’s pro-European segment.

When asked how they would vote if a referendum on Serbia’s accession to the EU were held today, 52.3% of the respondents replied “for,” while 32.6% chose “against.”

Meanwhile, another 8.4% of the respondents said they would abstain, 6.2% said they were not sure and 0.5% refused to give an answer.

The survey also shows that Serbian citizens see the EU in a predominantly positive light and connect it with opportunities and progress, a better economic standard, the possibility of free travel, and the respect for human rights, among other things.