Pope Francis arrived on an official visit to Slovakia 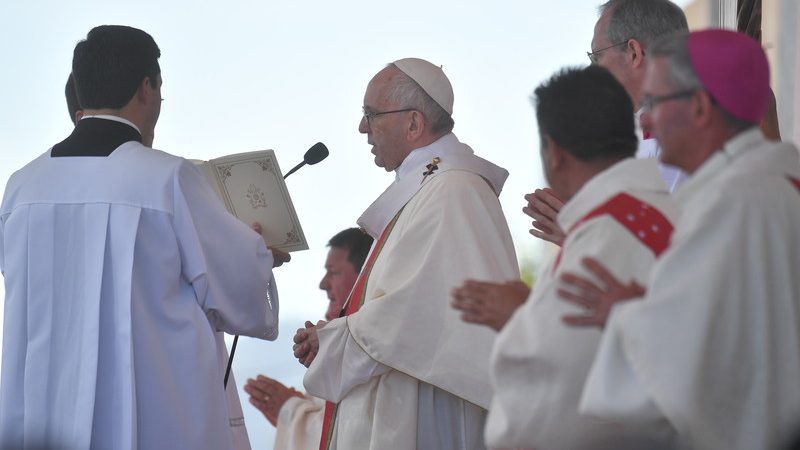 In Slovakia, Pope Francis met with Slovak President Zuzana Čaputová, who has voiced hopes that the Pope’s visit will contribute to reconciliation in society. [EPA-EFE/Luca Zennaro]

Hundreds of believers, politicians and the representatives of the Church welcomed Pope Francis at the Bratislava airport on Sunday afternoon, at the start of his four-day visit to the country. Francis came to Bratislava from Budapest, where he also met with Hungarian Prime Minister Viktor Orbán and President János Áder.

The Pope’s unusually brief stay – seven hours – in the Hungarian capital Budapest underlined his differences with nationalist and anti-immigrant Prime Minister Viktor Orbán. Media reports suggested he did not want his visit to be interpreted as political support.

Pope Francis has often denounced what he sees as a resurgence of nationalist and populist movements, called for European unity, and criticised countries that try to solve the migration crisis with unilateral or isolationist actions.

In Slovakia, Pope Francis met with Slovak President Zuzana Čaputová, who has voiced hopes that the Pope’s visit will contribute to reconciliation in society. Slovakia is against uncontrolled immigration but its leaders have been much less strident in their opposition than Hungarian leaders.

Besides Bratislava, the Pope will also travel to the east of the country, where he will meet with the Roma community in the city of Košice. He will also visit another eastern Slovak city, Prešov. Then he will come back to the west for a visit to Šaštín, where he will celebrate the mass with an estimated attendance of 20.000 people.