Portugal aims to vaccinate nearly 10% of population during 1st phase 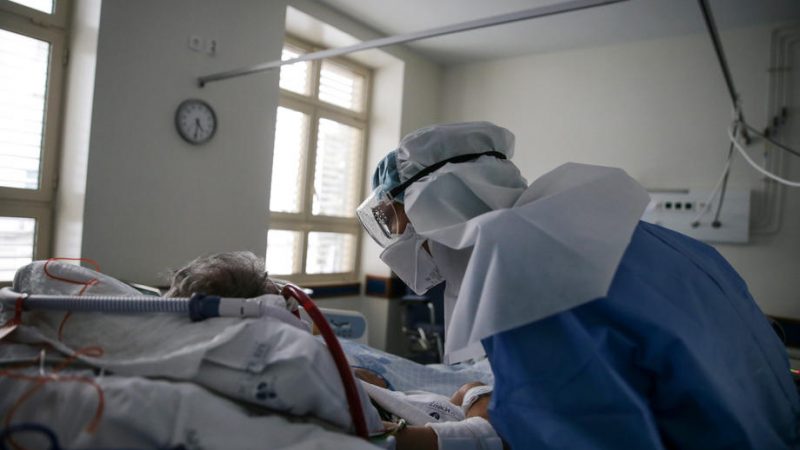 A nurse caring for a patient at the Covid 19 Emergency Department of Santa Maria Hospital in Lisbon, Portugal, 27 October 2020 (issued 30 October 2020). [EPA-EFE/TIAGO PETINGA]

Portugal’s government announced on Thursday a nationwide plan to vaccinate people against the coronavirus voluntarily and free of charge, and said it hoped to inoculate nearly 10% of the population during the first phase that will kick off next month.

Priority will be given to those over 50 with pre-existing conditions, such as coronary disease or lung problems, frontline professionals from sectors such as health, military and security, as well as people in care homes and intensive care units.

The first phase of vaccination should be completed between January and February, Francisco Ramos, the coordinator of the vaccination taskforce set up by the government, said during an event to present the strategy, adding though that the first phase could extend until April if there are delays.

He said shots would be administered at 1,200 vaccination points in health centres across the country.

Around 2.7 million people will be vaccinated in the second phase.

“Vaccination is the main factor of success in the fight against the pandemic,” he said.

Earlier at the event, Health Minister Marta Temido said the country’s public health service will be responsible for the distribution of vaccines.

Temido said the country would buy 22 million doses of COVID-19 shots for 200 million euros ($243.14 million). It had signed agreements to buy the shots with potential manufacturers CureVac, Pfizer-BioNTech, Moderna, Johnson&Johnson, Sanofi and GSK.