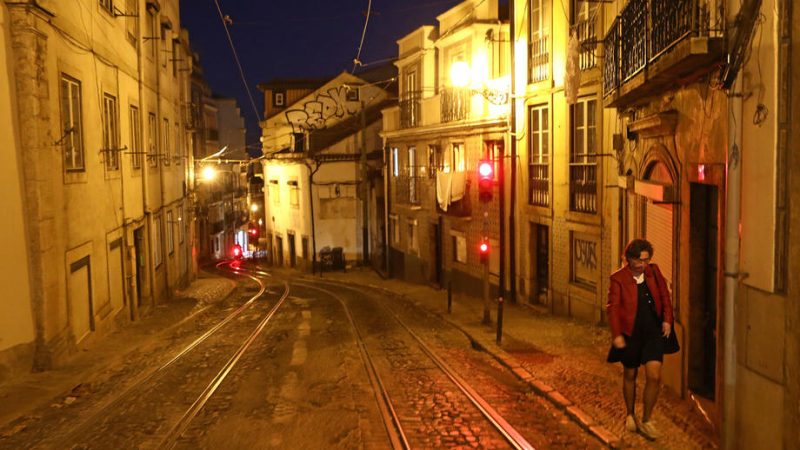 A woman walks in a deserted street during the lockdown of the state of emergency, as part of the measures to contain covid-19, in Lisbon. [EPA-EFE/ANTONIO PEDRO SANTOS]

A national lockdown, similar to the one in force between March and April, will be imposed as of midnight on Thursday, Prime Minister António Costa announced on Wednesday, warning that this is both “the most dangerous moment, but also a moment of greater hope”.

In recent days, Portugal has seen record numbers of new confirmed coronavirus cases and related deaths. The more than 100 deaths linked to the virus in the past few days was “not acceptable”, Costa said at a briefing that followed a cabinet meeting where new measures were approved. “We have to stop this,” he added.

“The fundamental message” of the government’s decisions is “to return to the duty of staying at home,” as was the case in March and April when the first wave of infections was successfully halted, said the prime minister.

However, to safeguard the future of children, schools will remain open, Costa added.