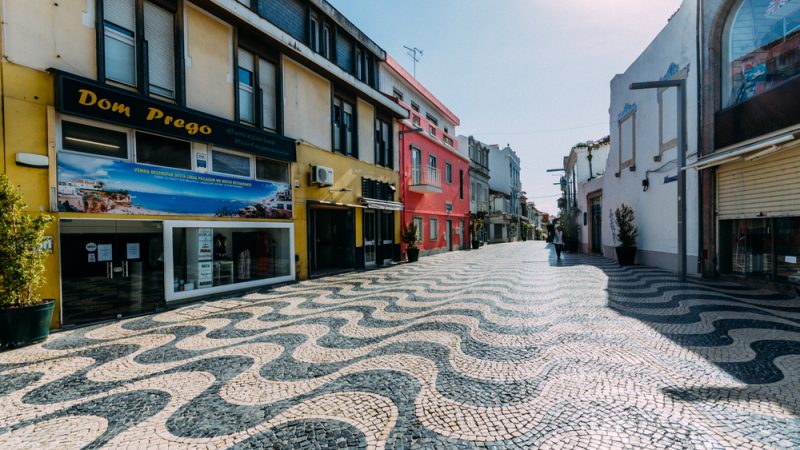 In other words, 70% of the Portuguese population, including those living in the Lisbon and Porto Metropolitan Areas will have to respect the curfew from 11pm to 5am on weekdays and from 1pm to 5am on weekends. [Shutterstock/Alexandre Rotenberg]

Portugal on Monday entered a state of emergency that will last until 23 November, meaning 121 municipalities deemed to be most at risk of new COVID-19 infections will now have to respect a curfew.

In other words, 70% of the Portuguese population, including those living in the Lisbon and Porto Metropolitan Areas will have to respect the curfew from 11pm to 5am on weekdays and from 1pm to 5am on weekends.

While half of the trade and catering companies in Portugal reported sales drops of more than 50% since the pandemic began, 72% have gone into debt to cover losses, and 60% are considering a creditor protection plan in 2021, a survey carried out by the Association of Retail and Restaurant Brands (AMRR) and published Monday reveals.

Regarding the new restrictions decreed under the state of emergency, AMRR president Miguel Pina Martins noted that the government “acknowledges that the measures are very bad for restaurants and commerce, especially in a period close to Christmas, which is the salvation of the year for many”.

“2020 is catastrophic. If measures are not approved to distribute the sacrifice fairly among owners, tenants and the state, tens of thousands of companies will go bankrupt and hundreds of thousands of jobs will be lost”, warned Martins. (Zélia Oliveira and Patrícia Dinis, Lusa.pt)