Portugal expects recovery plan in second half of the year 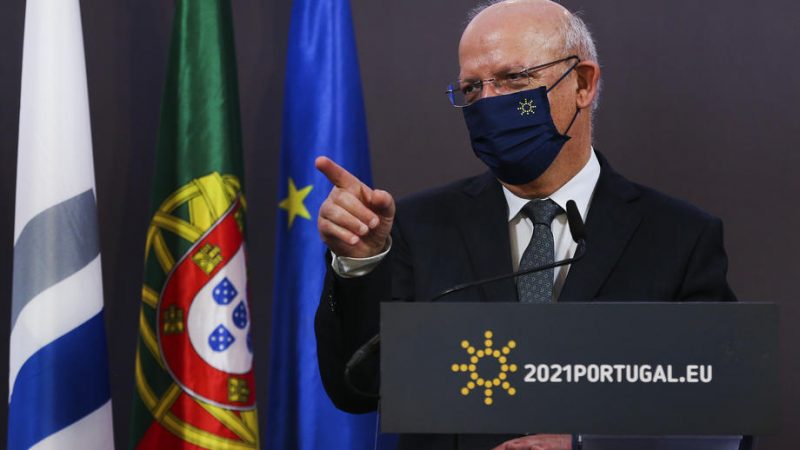 The Portuguese foreign minister Augusto Santos Silva said on Tuesday he expected that Portugal’s Recovery and Resilience Plan (PRR) would be up and running in the second half of the year. [EPA-EFE/MANUEL DE ALMEIDA]

Portuguese Foreign Minister Augusto Santos Silva said on Tuesday he expected Portugal’s Recovery and Resilience Plan (PRR) to be up and running in the second half of the year.

The Portuguese EU Council presidency intends to reduce the deadlines for analysis and approval of these plans, both by the European Commission and the Council, to complete the process in July.

Once all the national plans have been submitted, a milestone which has been given the deadline of 30 April, the Commission has two months to approve them. After that it will be up to the 27 ministers of economy and finance to analyse all the documentation within a month, which would drag the release of funds to support Europe’s economic recovery out until at least August.

Concerning the decision on own resources, which all 27 member states must ratify for the Commission to go to the markets, Santos Silva pointed out that 18 of the 27 have already ratified it so far and given official confirmation to the European Commission.

He highlighted that it is not only companies that benefit from the plan, as it also relies on improving the supply of housing, the equipment of health centres, and the network of continued care.

“That seems to me as important as the companies, although the companies are also important. We expect that, throughout the second half of 2021, the plan will be in execution, in the case of Portugal,” he stressed, expressing confidence in the Eurobarometer surveys, which show that Portuguese citizens have a “fairly high level of confidence” in European institutions, confidence which, he highlighted, was the fastest growing in Europe.

“Unlike in the 2010 crisis, we were quite quick and consistent in responding. At the very beginning of 2020, the European Central Bank (ECB) increased its public debt purchase programme to prevent speculative movements and attacks against indebted countries, first and foremost Italy,” he recalled.

“Then the finance ministers agreed on three immediate responses, one was the SURE mechanism [a European temporary support instrument to mitigate the risks of unemployment in an emergency], under which Portugal receives €5 billion to finance expenses, such as furloughs,” he added.